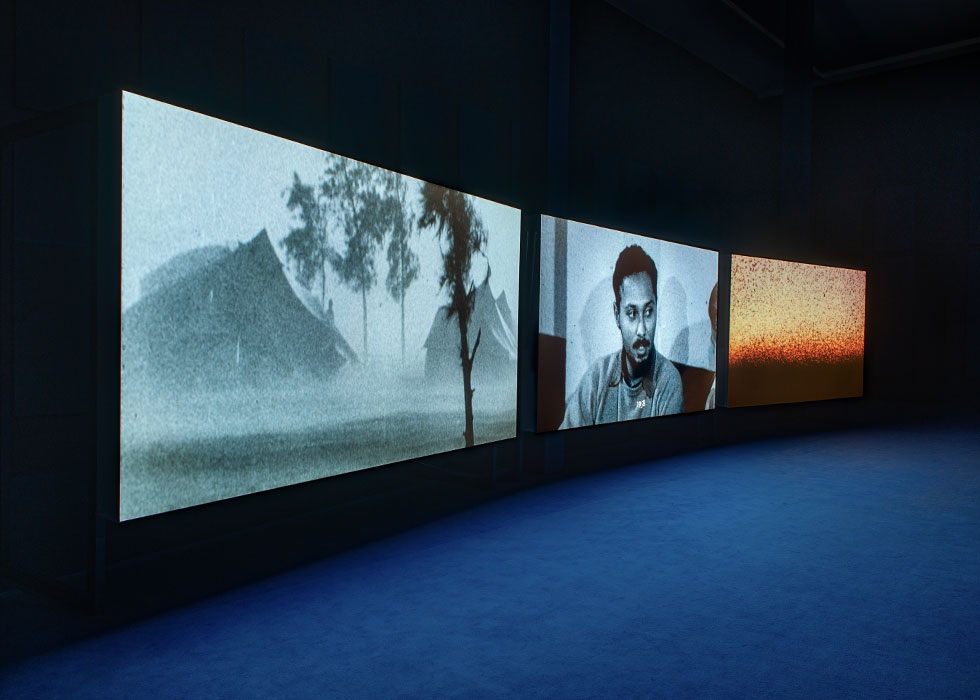 About the commission Visit ShopDiscover ﻿﻿more﻿

about the commission on display

In 2011, Autograph commissioned John Akomfrah to create The Unfinished Conversation - a beautiful, multi-layered film about Jamaican-born academic Professor Stuart Hall. The work debuted at the Bluecoat as part of the Liverpool Biennial 2012 to overwhelming critical acclaim, and toured internationally.

Midlands Arts Centre is presenting The Unfinished Conversation as part of the Birmingham 2022 Festival. The film sees academic Stuart Hall's memories and personal archives extracted and relocated in an imagined and different time, reflecting the questionable nature of memory itself. In the footage, Hall, who led the Cultural Studies department at the University of Birmingham from 1964, discusses his discovery of his personal and ethnic identity. The Unfinished Conversation looks at the theory that identity is not an essence or being but instead a becoming, where individual subjectivities are formed in both real and fictive spaces.

Since the early 1980s, John Akomfrah’s moving image works have offered some of the most rigorous and expansive reflections on the culture of the black diaspora, both in the UK and around the world. The Unfinished Conversation is an immersive three-channel video installation, and examines the nature of the visual as triggered across the individual's memory landscape with particular reference to identity and race.

see the commission on display

Find out more on the Midlands Arts Centre website Supporting artists is essential to us at Autograph. We’ve been commissioning the making of new work since 1989, inviting creative practitioners to explore ideas of representation, identity, rights and social justice.

Discover more image: From Dexter McLean, Untitled [detail], 2020, © and courtesy the artist. Commissioned by Autograph for for Care | Contagion | Community — Self & Other