Sunil Gupta
FROM HERE TO ETERNITY 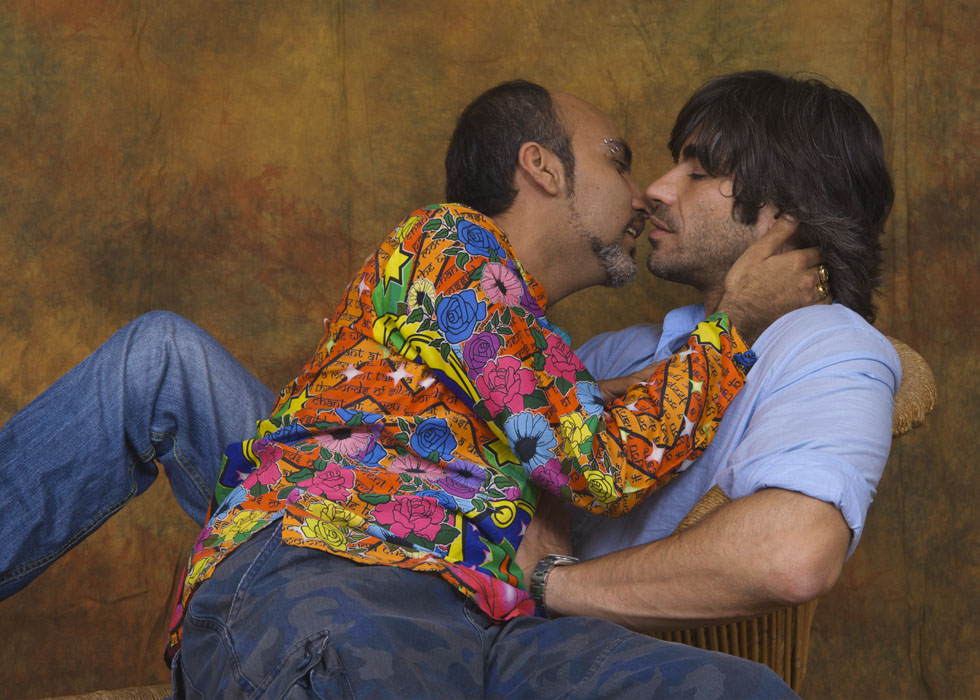 This exhibition may be closed or postponed due to concerns over the spread of COVID-19 (Coronavirus).

Please check the The Photographers' Gallery website for updates.

﻿Subversive, whimsical, personal, and political,﻿ Gupta’s projects have done much to raise awareness concerning the taboos of homosexual life throughout the modern world.

Born in New Delhi, India, residing for several years in Montreal, Canada, and educated at the Royal College of Art in London, England, Gupta has been using photography as a critical practice since the 1970s, focusing on family, race, migration, and the political realities concerning the fight for international gay rights.

Autograph has more than 30 years of curatorial expertise in photography and film addressing issues of representation, identity, social justice and human rights.

Working on exhibitions off-site from Autograph's gallery in London, our curators bring Autograph's knowledge and ethos to projects in the UK and abroad.

Bringing together for the first time a comprehensive selection of works from across his divergent and extensive career, the exhibition includes key series ranging from street photography (Christopher Street, 1976) to narrative portraits (From Here to Eternity, 1999), along with highly staged and constructed scenes (The New Pre-Raphaelites, 2008), and his early investigations into digital image making (Trespass, London, 1992–1995).

From participating in New York’s active Gay Liberation Movement in the 1970s to his more recent campaigning in India, Gupta has been inspirational to generations of photographic activists and LGBT+ rights advocates. For the artist, photography also became a process of reconstructing his Indian self: it was in his native country that he learned to abandon the modes of conventional, representational photographic practice. From 1984 onward, Gupta actively pursued visual inquiries that engaged the intimacy, humanity, and everyday realities of gay life wherever his diasporic identity was located.

His personal relations and sense of place form the foundations of his focus; those like himself who are cast as exiles cemented his sense of being both connected to a gay world and excluded from an open and free social life. Whether living in India, North America, Europe, or within varied political and cultural movements, Gupta continually had to negotiate his position from the perspective of the outsider.

"Determined from the outset to break the silence surrounding masculinity, male sexuality and desire, what really propels the work is the drama of confronting, through narrative juxtapositions between frames and within the frame the tensions which have shaped his experience and his practice: between tradition and modernity, being a gay Indian man educated and living in the west; between public and private, personal and political, the body and the body politic. His courageous address to these issues has given a decisive shape to the contemporary debate about difference." - Stuart Hall, Pictures from Here, Sunil Gupta, 2003 This exhibition project is in development at Autograph. From Here to Eternity will open at The Photographers' Gallery (London) in autumn 2020, and Ryerson Image Center (Toronto) in autumn 2021. We will update this page with our research and progress. Join our mailing list to receive news about Autograph's work. Sunil Gupta (b. 1953, New Delhi, India/Canada/UK) ﻿was educated at the Royal College of Art, London, England, and received a PhD from the University of Westminster, England.

His recent show (with Charan Singh), Dissent and Desire was presented at the Kochi-Muziris Biennale, Kochi, India (2018) and his project Christopher Street 1976, published in 2018 (Stanley Barker) was presented at Hales Gallery in New York (2019).

His work has been exhibited in various group exhibitions, including Paris, Bombay, Delhi... (Pompidou Centre, Paris, France, 2011) and The Place is Here (Nottingham Contemporary, England, 2017). It was also displayed as part of the permanent collection at Tate Modern and Tate Britain, London, England (2018).

Supta is a Visiting Tutor at the Royal College of Art and was the Lead Curator for the 2018 Fotofest in Houston, USA.

His work can be found in many private and public collections, including the George Eastman Museum (Rochester, USA), the Tokyo Metropolitan Museum of Photography (Japan), the Royal Ontario Museum (Toronto, Canada), the Tate (London, England), and the Museum of Modern Art (New York, USA). Part of a set of three Autograph books

FIND OUT MORE about Sunil Gupta Co-organised by The Photographers’ Gallery and the Ryerson Image Centre (Toronto, Canada), in collaboration with Autograph (London, UK).