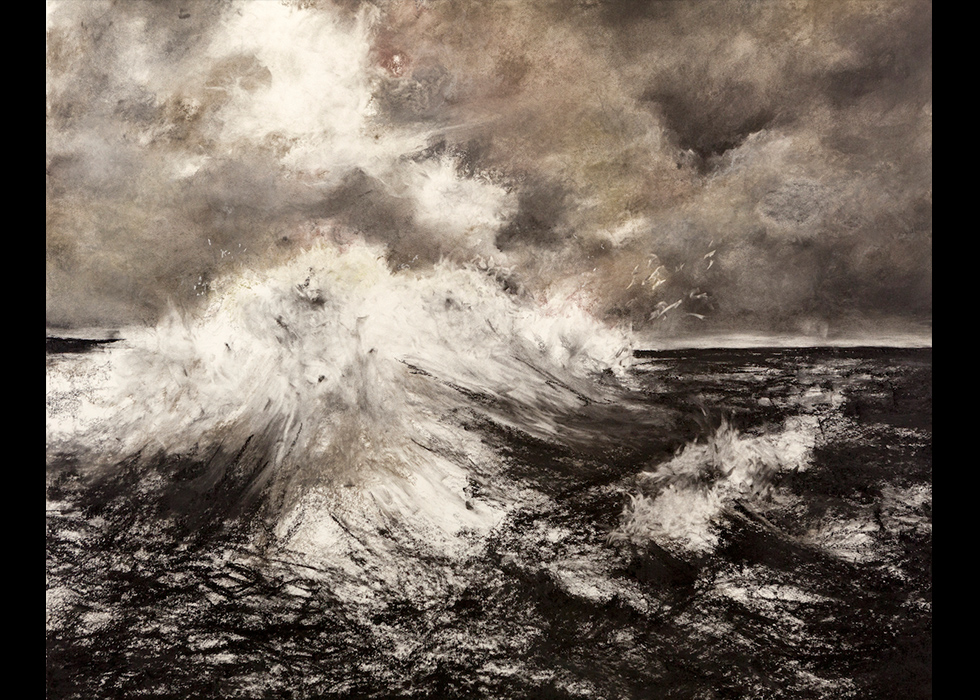 Artist Phoebe Boswell has created a powerful exhibition at Autograph - an emotive interrogation of trauma, healing and the poetics of endurance. Using her art-making to explore a landscape of grief, she invites us to bear witness to a journey of recovery and possible renewal.

In an informal gathering and sharing circle, Boswell will be joined by musician Bumi Thomas, poet Raymond Antrobus, storyteller Buitumelo and the audience to all share and respond to the themes explored in the show.

Boswell will begin the evening with an introduction to her exhibition The Space Between Things. This will be followed by music and poetry inspired by the works on display, and an open, inclusive discussion where you are invited to speak, breathe, and participate.

Phoebe Boswell: The Space Between Things 
Phoebe Boswell Born in Nairobi to a Kikuyu mother and British Kenyan father, and raised in the Arabian Gulf, Phoebe Boswell (b. 1982) is a multi-disciplinary artist who lives and works in London. Boswell studied at the Slade School of Art and Central St Martins. She is currently a Somerset House artist-in-residence, a Ford Foundation Fellow, and is represented in the United States by Sapar Contemporary, New York.

Bumi Thomas  Contemporary British Nigerian singer-songwriter whose ethereal voice stokes the soul transcendentally. Her acoustic and evocative style is inspired by her multicultural heritage expressed visually and sonically. Her Debut EP 'Feather Pearl' was released in 2014. She is currently working on a follow up EP titled 'Broken Silence' scheduled for release in Spring 2019.

Raymond Antrobus Born in London, Hackney to an English mother and Jamaican father, he is the author of Shapes & Disfigurements, To Sweeten Bitter and The Perseverance (PBS Winter Choice, Sunday Times & The Guardian Poetry Book Of The Year 2018). Also in 2018 he was awarded The Geoffrey Dearmer Prize, (Judged by Ocean Vuong), for his poem Sound Machine.

Buitumelo is a Zimbabwean born, British storyteller. Buitumelo tells stories with themes surrounding; being a first generation immigrant, the layered anxiety and depression that comes with having to do a test to gain geographical status, whilst losing one of the most key parts of a persons identity. Now age 27, creativity has come calling again in form of being the muse, and staying focused on her own stories.