From the Niger Delta to Southall: Understanding Race and Climate Justice

"Central to climate justice is an understanding that people will not all be affected by climate change in the same way; that those already living under oppressive structures will suffer more because society already undermines their personhood" 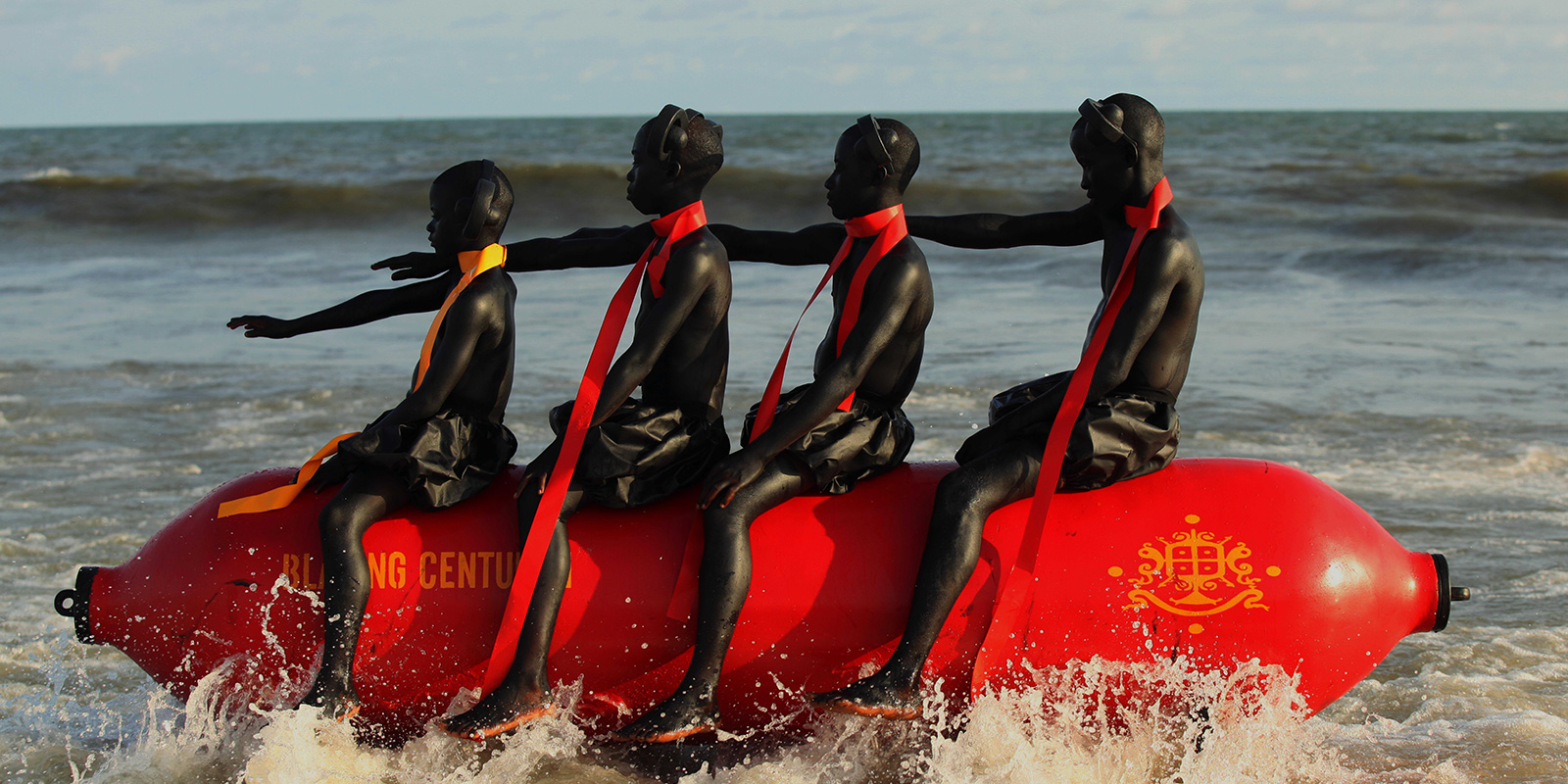 Ahead of Composing A Cause – Autograph’s event in collaboration with Nigerian artist Wilfred Ukpong, examining the ongoing environmental crisis in the Niger Delta through sound, film, performance and conversation – we commissioned writer Selina Nwulu to unpick some of the issues that inextricably bind the struggle for racial justice with campaigns for climate justice.


I first became interested in learning about climate justice after hearing the story of Ken Saro-Wiwa and his fellow Ogoni activists. The Ogoni Nine¹, as they’re collectively known, campaigned in the 1990s and mobilised 300,000 people to protest against the oil exploitation undertaken by the oil and gas company Shell in the Niger Delta, Nigeria. Before oil began to be extracted in commercial quantities by Shell in the 1950s, the Niger Delta had a rich wetland with one of the most significant marine ecosystems in the world. People in the area relied on agriculture and the wetland to sustain their livelihoods.

The protests, led by the Ogoni Nine against Shell, gained international attention and pressured Shell to stop oil extraction in Ogoniland, Niger Delta. In response, Shell allegedly colluded with the Nigerian military government, who falsely accused the Ogoni Nine of murder, leading to their execution in 1995.

Today the Niger Delta is a very different place; despite billions of dollars generated from oil extraction, much of the community is impoverished. They have, however, felt consequences in the form of oil spills and gas flares, damaged farmland, a lack of access to clean water and the proliferation of a range of health issues. A stark difference is clear when comparing the outcomes of oil extraction in the Niger Delta to Norway, a predominately white, oil rich country, whose gas and oil extraction directly benefits the wealth of the country. Wilfred Ukpong, At the Centre of the Delta, I Come Settled to Bear Your Grand Entry (2017) Wilfred Ukpong, At the Right Side of the Delta, I Stand Tall to Hail Your Grand Entry (2017)

Central to climate justice is an understanding that people will not all be affected by climate change in the same way; that those already living under oppressive structures will suffer more because society already undermines their personhood. The pursuit for profit, whether that be through crude oil or fossil fuels more generally, will always lead to a ‘sacrifice zone’ incorporating areas and, by extension, people that are deemed to be worth the sacrifice for profit.

The exploitation of the Niger Delta links to a broader legacy of racism. Nigeria was a former British colony and what continues to happen in the Niger Delta builds on this colonial foundation. The Ogoni people were denied their right to self-determination and had their livelihood, health and financial agency stripped from them and ultimately, in the case of the Ogoni Nine, had their lives taken from them. While some compensation was finally given to the families of the Ogoni Nine 14 years later, the systems that allowed this injustice to operate in the first place haven’t been adequately acknowledged or dismantled.

"When we talk about climate change ... it is crucial to recognise the way that power structures and agency play out as part of this﻿; to notice whose pain and injustices are listened to and whose lives are deemed worth sacrificing"

Many of the black and brown communities in the UK who are on the receiving end of environmental racism are living in ‘sacrifice zones’ across the country. A striking example of this is in Southall and Hayes, west London. Campaigners in the area have long been vocal about the air and odour pollution from the redevelopment of a former gasworks site in the area. Locals have described the air as unbreathable due to the smell. They also report dizziness, tiredness and are often unable to open the windows to their homes, even in hot weather.

Southall has a large south Asian community, and while climate change will affect everyone, climate justice looks at the evidence and questions whether something as serious as ‘unbreathable air’ would be such a long-lasting and overlooked issue in wealthier, and whiter, areas. Much of this, as is the case with so much injustice, links to power. Politically and financially, black and brown communities have been rendered less powerful, and the people in power are far less likely to take our struggles as seriously, unless it has any bearing on their political influence.

When talking about climate change, and by extension justice, it is crucial to recognise the way that power structures and agency play out as part of this; to notice whose pain and injustices are listened to and whose lives are deemed worth sacrificing. Climate justice acknowledges the need to centre the voices of the communities most negatively affected and requires us to act in solidarity with them, to ensure their survival and for a truly just way of moving forward. is a writer and independent consultant. She has been a voice for climate justice for over 10 years, working with ﻿a number of grassroots, charity and arts organisations, in both a creative and consultancy capacity, to strengthen narratives around the gaps between race, justice and the climate crisis. Her poetry and essays have been widely published in a variety of journals, short films and anthologies as well as translated into Spanish, Greek and Polish and exhibited in New York and Ireland. She was Young Poet Laureate for London 2015 - 16 and shortlisted for the Brunel International African Poetry Prize 2019. She is also a 2021 Arts Award Finalist for Environmental Writing.

You can find out more about the author through her website. A new online image gallery of Wilfred Ukpong's visual meditations on the environmental crisis in the Niger Delta.

No Clean Up, No Justice

Dark Water: A History of the Afrofuture

This BBC 4 film takes a closer look at the ways black artists use the sci-fi genre to examine black history and imagine new, alternative futures

Movement for the Survival of the Ogoni People

Find out more about the indigenous Movement

An Autograph Commission
﻿﻿
supported by

Banner image: Wilfred Ukpong, Strongly We Believe in the Power of this Motile Thing That Will Take Us There [detail], still from FUTURE-WORLD-EXV for Blazing Century Studios, Nigeria (2017). © and courtesy the artist.

Other imagers on page: Selina Nwulu, photograph by Paul Heartfield.