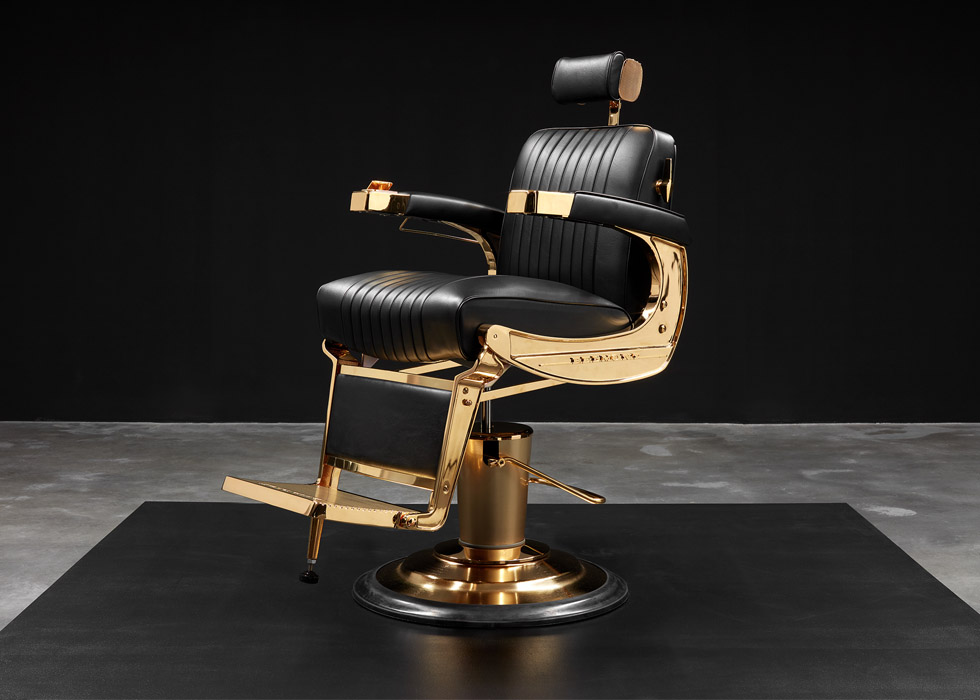 See works by Faisal Abdu'Allah and Franklyn Rodgers in the exhibition Get Up, Stand Up Now: Generations Of Black Creative Pioneers at Somerset House. Autograph has loaned the works from our collection.

Two Autograph commissions by Abdu'Allah, Barber’s Chair and The Barber’s Clippers,﻿ are on display along with Franklyn Rodger's portrait Loretta Rodgers.

Get Up, Stand Up Now ﻿ celebrates the past 50 years of Black creativity in Britain and beyond, in a major new exhibition spanning art, film, photography, music, literature, design and fashion.

A group of around 100 interdisciplinary artists are showcasing work together for the first time, from the post-war era to the present day.

Whether established or emerging, all contributors have been specially selected for actively shaping cultural life in Britain and beyond. In this multi-sensory experience, historic works and new commissions﻿ sit alongside items from personal archives, much of which has never been seen by the public before, tracing more than half a century of collective history.

Get Up, Stand Up Now is curated by Zak Ové.

Since 1988, Autograph has collected photographic material which reflects our mission: to use photography to explore questions of cultural identity, race, representation, human rights and social justice. Abdu’Allah has won numerous grants and awards, including the prestigious Joan Mitchell Foundation Painters and Sculptors grant, the Mayor of London Award for Sustainability, the Flamin Production Development Award, the Romnes Faculty Award, the Decibel Visual Arts Award, and the first prize at Tallinn Print Triennial in Estonia. He has been Artist-in-Residence at the Serpentine Gallery (London), the Tate Modern (London), Gallery MOMO (Johannesburg) and Project Row House (Houston).

He serves on the Executive Board for the Southern Graphics Council International Nominations Committee. Abdu’Allah maintains studios in the USA and UK and is represented by Magnolia Editions, USA, and Autograph ABP, London.

Since the mid 1990s, Franklyn Rodgers has established himself as an artist best known for his unique and distinctive photographic portraits - often working with large format and on traditional film.

Rodgers has exhibited internationally, including at the United Nations Headquarters in New York (2011); Southbank Centre in London (2011); National Portrait Gallery in London (2008); Royal Academy in London (2006); The Studio Museum in Harlem, New York; and during Les Rencontres d’Arles in France.

﻿His work is held in the permanent collections of the National Portrait Gallery, Tate Britain and Autograph.His first monograph The Philosophy of Strangers was published in October 2007 by Autograph.