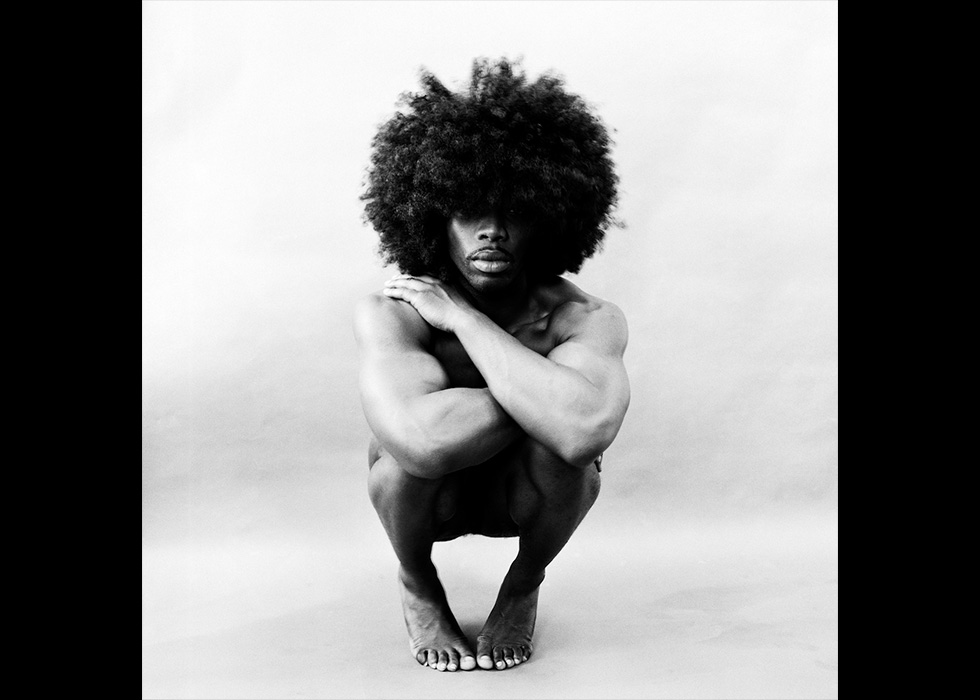 Autograph has loaned six works by Rotimi Fani-Kayode from our photography collection to the Masculinities: Liberation Through Photography exhibition at Barbican Art Gallery.

Through the medium of film and photography, this major exhibition considers how masculinity has been coded, performed, and socially constructed from the 1960s to the present day. Examining depictions of masculinity from behind the lens, the Barbican brings together the work of over 50 international artists, photographers and filmmakers including Laurie Anderson, Sunil Gupta, Rotimi Fani-Kayode, Isaac Julien and Catherine Opie.

In the wake of #MeToo the image of masculinity has come into sharper focus, with ideas of toxic and fragile masculinity permeating today’s society. This exhibition charts the often complex and sometimes contradictory representations of masculinities, and how they have developed and evolved over time.

Touching on themes including power, patriarchy, queer identity, female perceptions of men, hypermasculine stereotypes, tenderness and the family, the exhibition shows how central photography and film have been to the way masculinities are imagined and understood in contemporary culture. In line with government guidelines, new safety measures will be in place at this exhibition. The Barbican is operating at reduced capacity, and have introduced timed entry slots to ensure a safe flow of visitors through the exhibition. Tickets can be booked on the Barbican's website.

Rotimi Fani-Kayode was born in Lagos, Nigeria to a prominent Yoruba family before moving to England following the 1966 outbreak of civil war in Nigeria. He later studied at Georgetown University and the Pratt Institute in the USA, before settling permanently in London in 1983 where he lived and worked until his early death from a short and unexpected illness on December 21 1989.

During his tragically brief six-year career, Fani-Kayode produced a complex body of photographic work, exploring themes of race, sexuality, spirituality, and the self.  His masterfully staged and crafted portraits, sometimes quietly monochromatic and at other times rich in saturated colour, stand as powerful, resolutely ambiguous, visual statements. A seminal figure in contemporary art photography, the year 2019 marks the 30th anniversary of the artist’s death; at the core of Fani-Kayode’s practice is an important emphasis on the cultural politics of difference.

A prominent figure in the Black British art scene, Fani-Kayode was the founding member and first chairman of Autograph in 1988.

His photographs have been exhibited internationally since 1985, with numerous recent solo exhibitions in London, Boston, New York and Cape Town. In 2003, his work featured in the African Pavilion at the 50th Venice Biennale, Italy and in 2011 in ARS 11 at Kiasma-Museum of Contemporary Art in Helsinki, Finland.

An episode of the recent BBC Radio 4 program on the History of Art was dedicated to his work in March 2018. Many of his photographs were created in collaboration with his late partner Alex Hirst and are collected in the posthumous 1996 publication Rotimi Fani-Kayode and Alex Hirst: Photographs. His work is represented by Autograph, London.

FIND OUT MORE about Fani-Kayode

Since 1988, Autograph has collected photographic material which reflects our mission: to use photography to explore questions of cultural identity, race, representation, human rights and social justice.