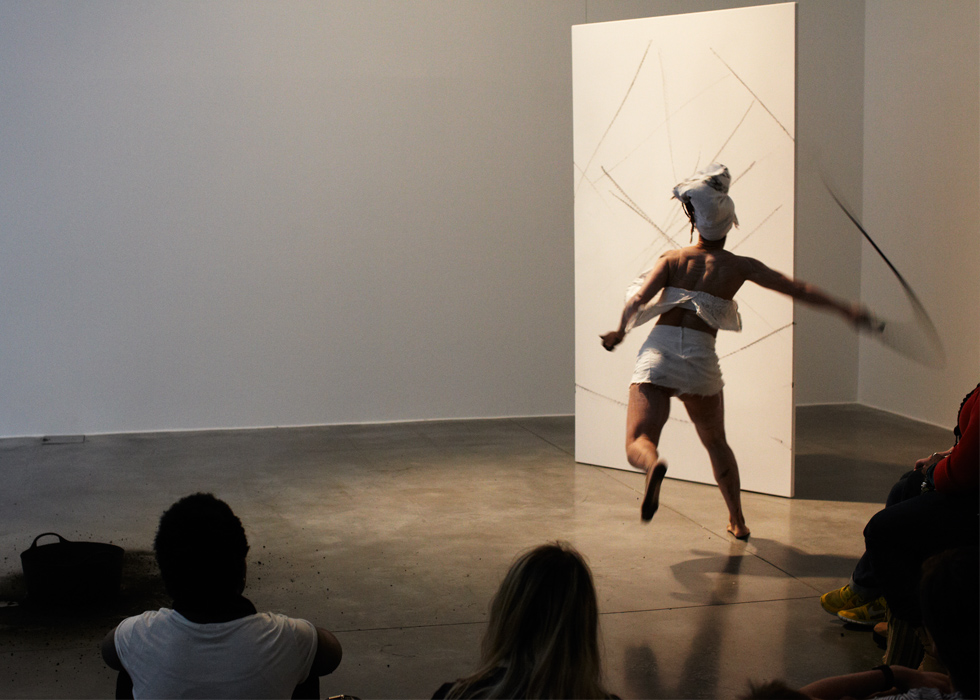 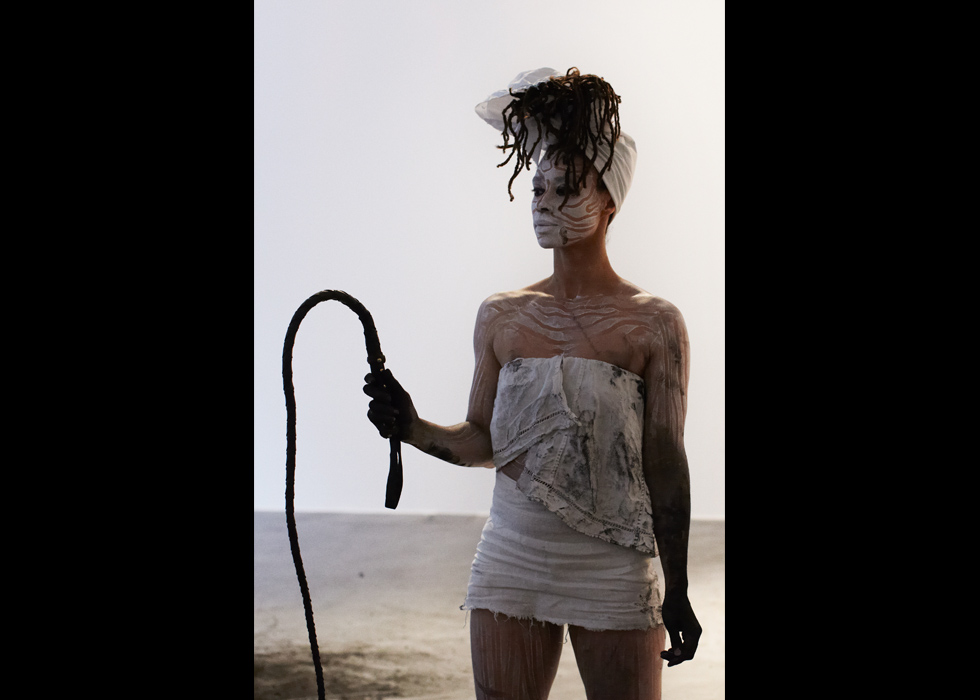 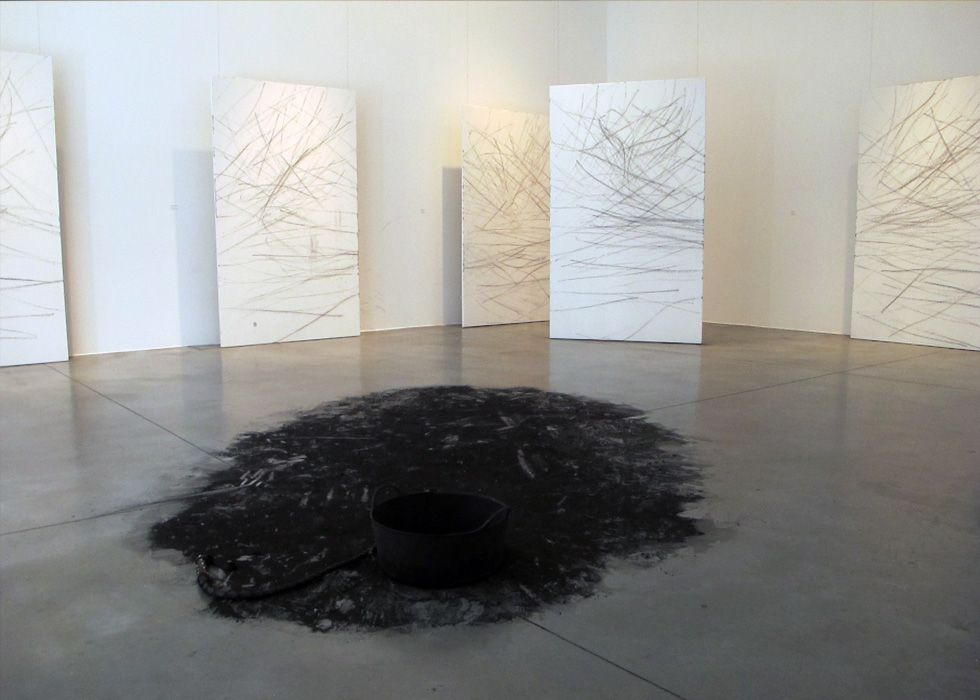 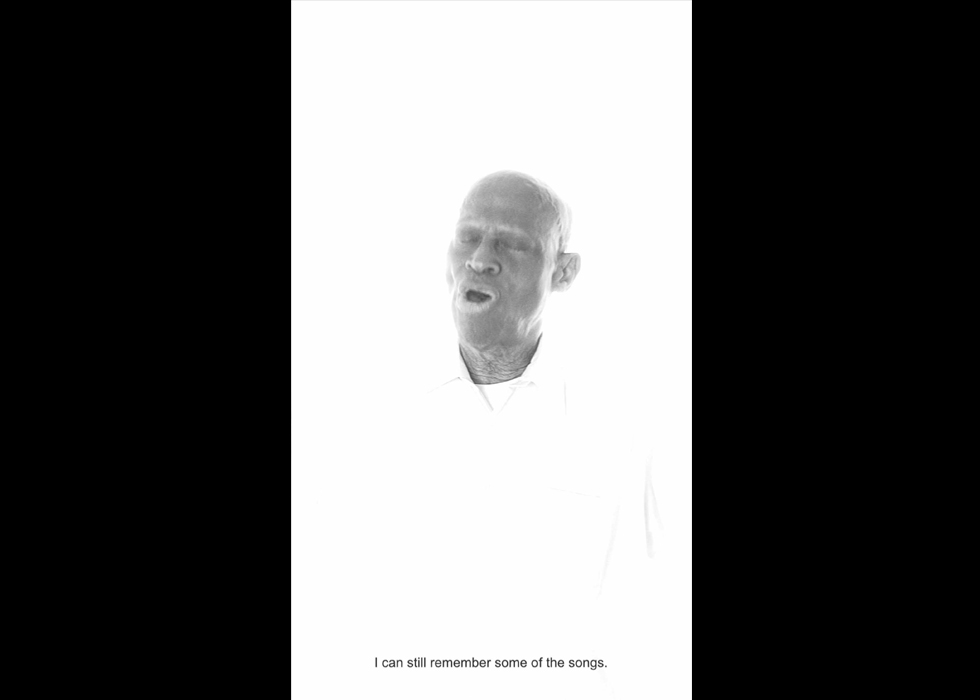 Whip it Good retraces the footsteps of colonialism and maps the contemporary reverberations of the triangular slave trade via a series of performances that will result in a body of new action paintings.

The first UK solo exhibition by Danish-Trinidadian artist Jeannette Ehlers, seven evening performances in the gallery will be followed by a seven-week exhibition.

In Whip It Good, Ehlers fiercely confronts national and personal histories in an effort to critically reimagine and challenge racist systems of power and domination. During each performance, the artist radically transforms the whip - a potent sign and signifier of violence against the enslaved body - into a contemporary painting tool, evoking within both the spectators and the participants the physical and visceral brutality of the transatlantic slave trade. Deep black charcoal is rubbed into the whip, directed at a large-scale white canvas, and – following the artist’s initial ritual - offered to members of the audience to complete the painting.

However, the themes that emerge from Whip It Good trace beyond those of slavery: Ehler’s actions powerfully disrupt historical relationships between agency and control in the contemporary. The ensuing ‘whipped’ canvases become transformative bearers of the historical legacy of imperial violence, and through a controversial artistic act re-awaken critical debates surrounding gender, race and power within artistic production.

What the process generates for the artist is an intensely focused space in which to make new work as part of a cathartic collaborative process:

‘Performing Whip It Good over seven days will be both physically and mentally challenging. For me, this act represents a personal attempt to identify with a brutal past while trying to make sense of the present.’ - Jeanette Ehlers

Ehlers’ seven newly produced paintings are exhibited in the context of two of her earlier moving image works: Waves (2009), a looped video projection of manipulated recordings of the Atlantic Ocean, presents a hypnotic mediation on the trade in humans across the Middle Passage.

The exhibition continues upstairs﻿ with a video installation of The Invisible Empire (2010). Here, Ehlers provocatively places the figure of an elderly migrant – the artist’s father – as the protagonist of a sculptural video piece that subtly links the colonial exploitation of the past to pertinent issues of modern day slavery and human trafficking in the present.

Drawing on film, photography and video and using an archaeological approach to history, Ehlers’ moving image works weave facts and images into potent triggers for forgotten memories or lived experiences, forcing us to think collectively about colonial legacies and the plight of marginalised people in the world today.

what our visitors say

"A beautifully held creation. Deep, intense, special and so full of meaning…Oh the power of transformational acts!"

﻿Jeannette Ehlers is a Danish Trinidadian visual artist based in Copenhagen, Denmark. She was educated at the Funen Art Academy and the Royal Danish Academy of Fine Arts in Denmark. Recent exhibitions include the Everson Museum of Art in Syracuse, USA (2014) and ‘Jeannette Ehlers: Say It Loud’, Nikolaj Kunstahal, Copenhagen, Denmark (2014), amongst other international showcases.

Recently, Ehlers has performed Whip It Good in Europe, South Africa and the USA. Her work is held in a number of Danish national and private collections including The National Museum of Photography and the Danish Arts Foundation. Africa is a Country reviews Whip It Good

Whip It Good: Spinning From History’s Filthy Mind is organised by Autograph ABP in collaboration with guest curator Karen Alexander.

Whip It Good was originally commissioned in 2013 by The Art Labour Archives in Berlin. The exhibition's title Spinning From History’s Filthy Mind is borrowed from the poem Black Bullets ﻿by Krista Franklin.