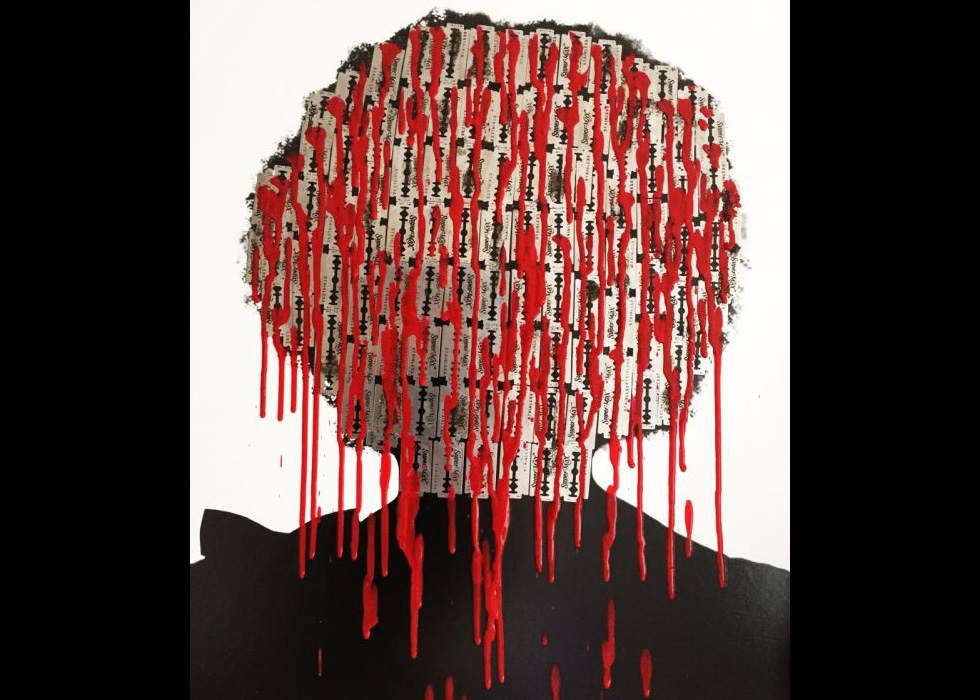 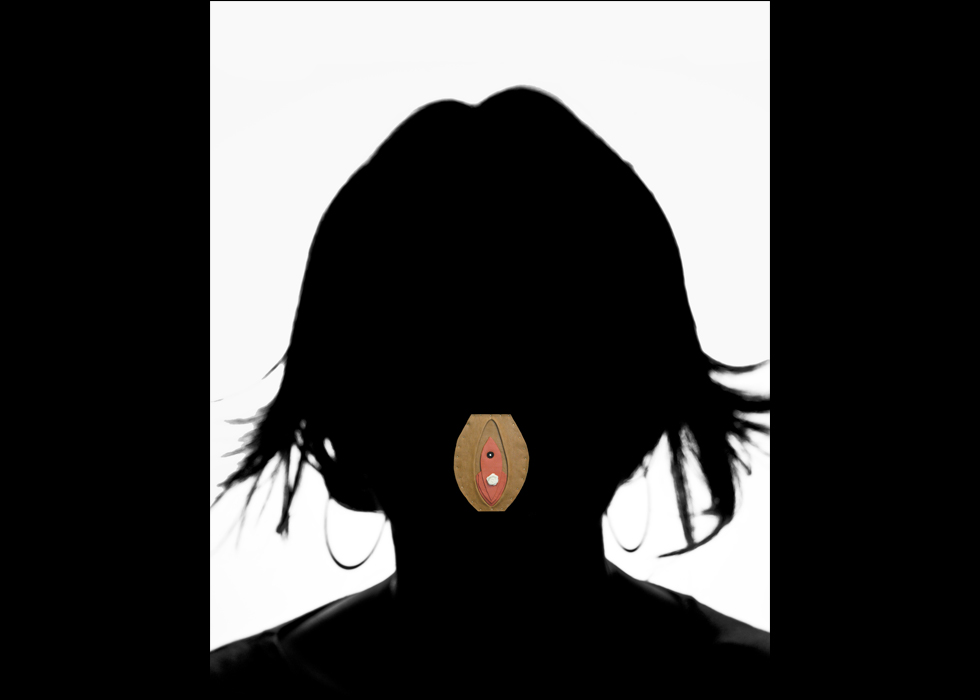 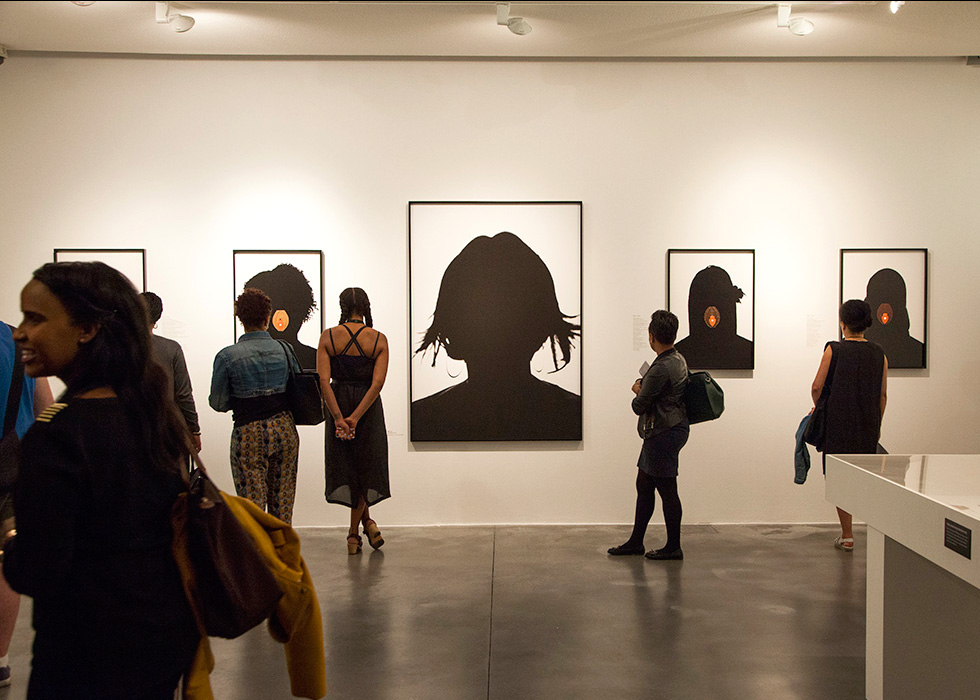 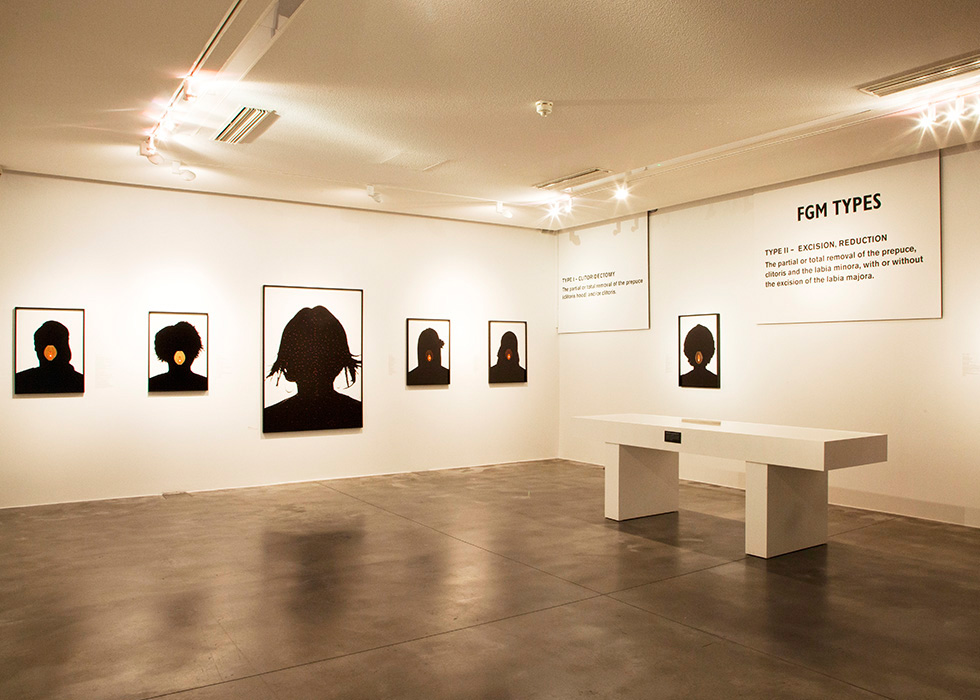 A new exhibition by Aida Silvestri to raise awareness of the widespread practice of Female Genital Mutilation (FGM). Unsterile Clinic marks the 2nd anniversary of the Girl Summit, organised in 2014 by the UK government in collaboration with DIFID, UNICEF and the Home Office to mobilise domestic and international forces to end FGM globally within one generation.

As a severe form of violence and discrimination against girls and women, FGM - which involves procedures that include the partial or total removal of external female genital organs for non-medical reasons – has been a criminal offence in the United Kingdom since 1985. The 2003 Female Genital Mutilation Act amended the law to include UK nationals or permanent residents taking children abroad to undergo FGM. This was further strengthened by the Serious Crime Act of 2015, which extended extra-territorial jurisdiction to acts of FGM undertaken abroad (by and/or to a UK national or resident). However, very few convictions have been made in the UK for performing or arranging FGM.

FGM is informed by complex ideas of cultural identity, tradition and often religious misconceptions – neither the Bible nor the Koran endorses the practice – and can have fatal consequences and result in complications during childbirth, infertility, infections and the loss of sexual pleasure in women subjected to cutting procedures. While FGM is primarily practiced in Africa, the Middle East and parts of South East Asia, due to increasing migrant populations Europe is equally implicated. Estimation of figures for those affected by or at risk of FGM are difficult to measure; it is believed that 125 million girls and women globally are living with the effects of FGM.

Inspired by personal experience, Aida Silvestri began an in-depth investigation into the practice in 2015, and began interviewing and photographing women living in London.

‘After comparing the stories of women from Mali, Gambia, Eritrea, Ethiopia, Sudan, Somalia, Kenya and Djibouti, I discovered that the majority of FGM cases in the United Kingdom are diagnosed during pregnancy or labour. The aim of this project is to raise awareness in the hope that women, young girls and children, who may not realise the severity or the kind of FGM type they have, are encouraged to attend early screening processes before an emergency occurs. I also hope that this project empowers medical staff to have the courage to speak openly, and the visual tools necessary, when examining women affected by FGM.’

Silvestri’s sculptural photo-works are presented together with text poems based on interviews conducted with participants whose personal testimonies provide harrowing insight into their experiences. Some have since undergone reconstructive or reversal procedures – which part-remedies the physical damage inflicted onto their bodies, yet the psychological and emotive scars remain in perpetuity.

Categorisation of FGM types are not fixed, varying and constantly changing. Working closely with NHS specialist clinics, Silvestri created her own distinct set of sub-categories (adapted from the list published by the World Health Organisation); these are visualised as intrinsic leather pieces stitched onto the black silhouette portraits, and also used as visual aids during medical consultations. Each leather piece is handcrafted and unique, reflecting the particular type of FGM the women portrayed were subjected to: collectively they illustrate the different stages of tissue removal, cutting and stitching, whereas the distinct leather tones resemble the participants’ individual skin colours.

In 2016, Autograph ABP commissioned Aida Silvestri to create five new portraits in this continuing body of work; the sixth portrait in the commission featuring razor blades and red paint represents the artist’s current experimentation with new forms of expression.

Born in 1978 in Eritrea, Aida Silvestri lives and works in London. She studied photography at the University of Westminster and Kensington and Chelsea College. In 2013, she was voted one of the British Journal of Photography’s Best of Show Winners at the Free Range exhibition, London.Silvestri’s practice explores new and unique approaches of documentary photography and addresses potent current issues of culture, ethnicity, identity, health and politics. Her work has been shown at The Photographers’ Gallery, Roman Road and Autograph. Available in the Autograph Shop﻿ Health, Advocacy and Art: A Panel Discussion on Ending FGM

The artist would like to thank: her sitters for sharing their overwhelming stories; special thanks to Deqa Dirie and Aissa Edon for education/discussion on the subject; and to Marisa Bellani, Eileen Perrier, Matthew Hahn, Louise Burn, Klara Berish and Mehri Madadi for their support, encouragement and feedback.

Unsterile Clinic will debut in Nottingham in the exhibition Krisis, curated by Something Human in partnership with Nottingham Trent University and Bonington Gallery, 27 October - 9 November 2016.