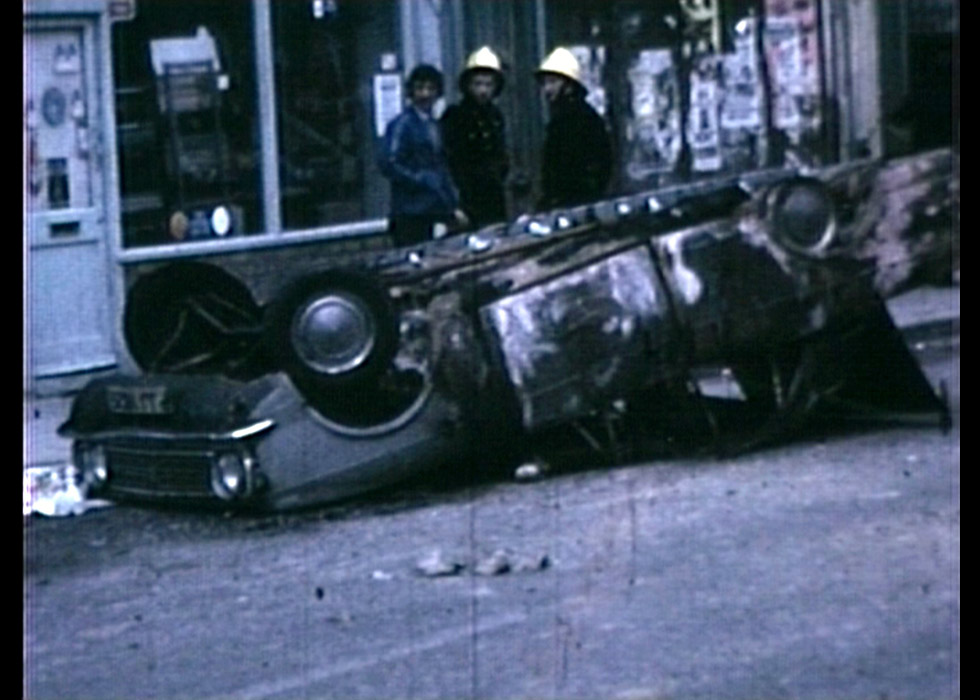 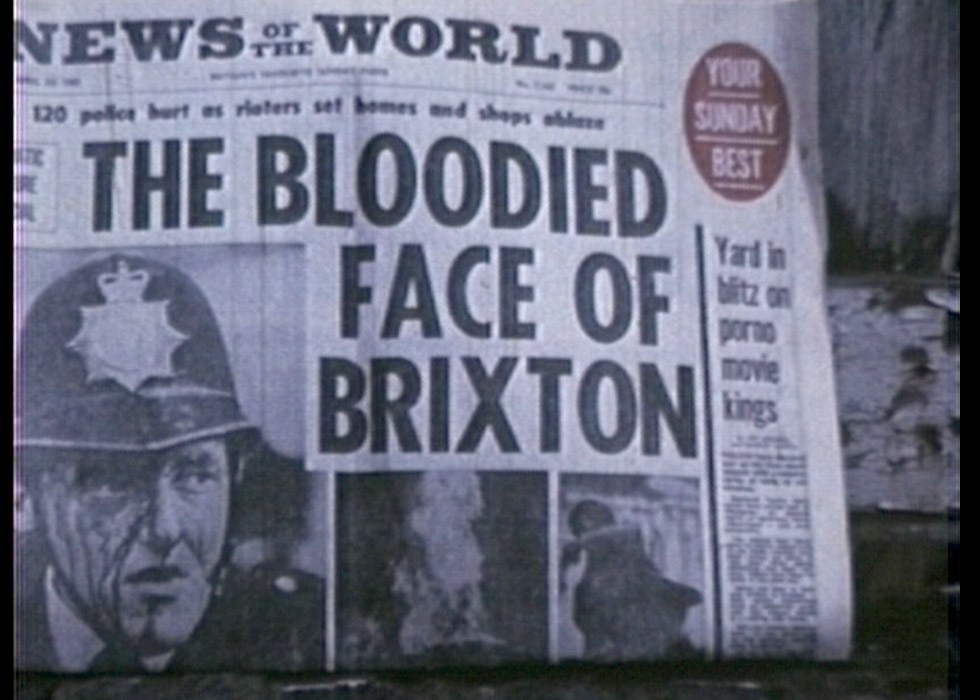 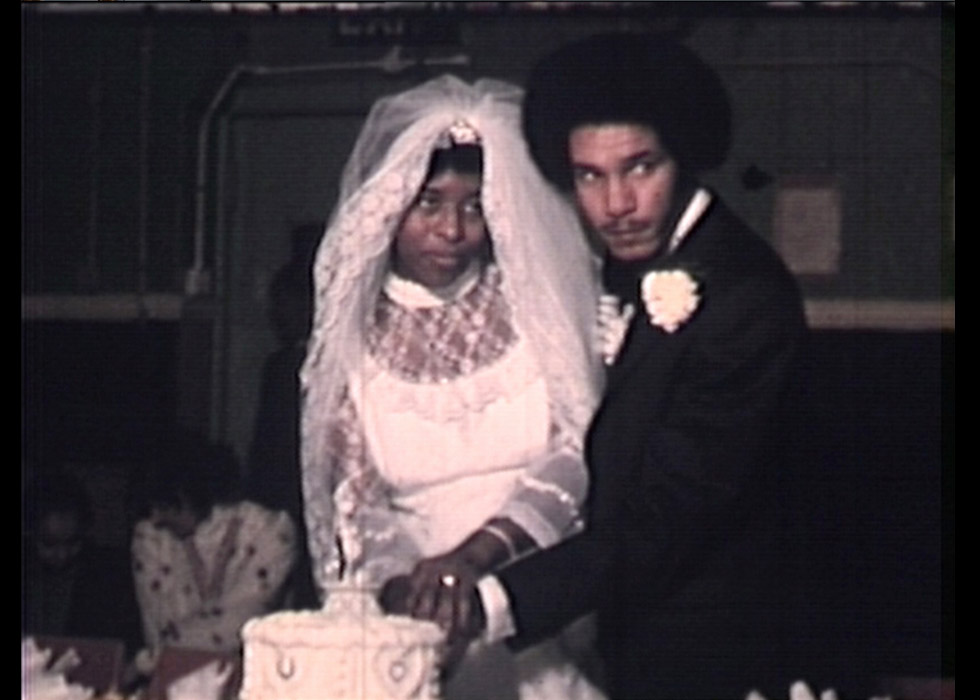 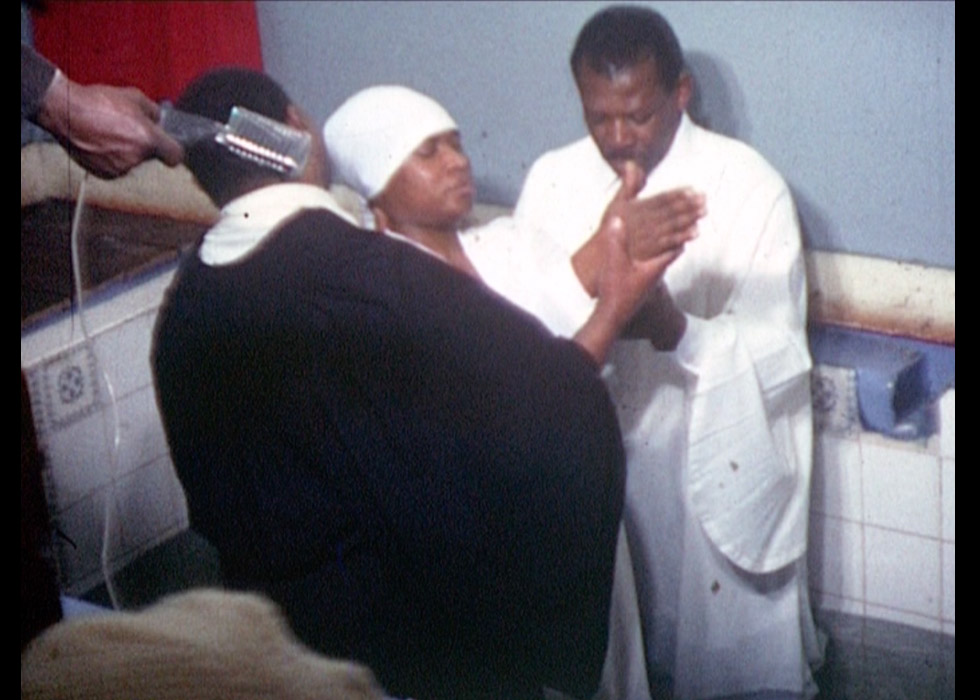 Sam the Wheels
THE GREAT CONFLICT, BRIXTON RIOTS & OTHER FILMS

Nine short films featuring rare footage of Brixton during the 1960s to 1980s by Clovis Salmon, aka ‘Sam The Wheels’.

A self-taught filmmaker, Salmon began filming his neighbourhood in Brixton in 1959. His unique archive of Super 8 celluloid films includes church and community events, activism, local struggles and the aftermath of the 1981 Brixton Riots.

Clovis Salmon (b. 1930s, Jamaica) was among the first generation of migrants from the West Indies to settle in the United Kingdom, arriving in London in November 1954. Having run his own bike shop in Jamaica, he joined Holdsworth Cycle Co. as a bicycle repair man and soon became known as ‘Sam the Wheels‘.

﻿Salmon was also a Pentecostal preacher, and one of his more significant films is The Great Conflict of Somerleyton Road (1963–64), which follows the story of Jesus Saves, a Pentecostal Church demolished to make way for the ‘Barrier Block’ on Coldharbour Lane. This work reveals the important role churches played for West Indian communities, who built their own social spaces after being excluded from other churches, pubs and clubs:

‘I went to an English church and the vicar told me not to come back because his members would leave, so black people had to find their own places to worship. My first camera was a “Chinon Master” and one of my first projectors was a “Standard 8 Eumig” ... I would screen films at the church from October to January when it was darker.’ - Clovis ‘Sam The Wheels’ Salmon

In the late 1970s, racial tension in the UK was on the increase due to escalating levels of unemployment, discrimination and social deprivation. The introduction of Operation Swamp 81 in London and its controversial ‘sus’ laws allowed the Metropolitan Police – who were exempt from the Race Relations Act – to stop and search anyone they believed was acting suspiciously. Relations between the police and members of the black community deteriorated rapidly.

Armed with a camera hidden inside his jacket, Salmon documented the aftermath of the Brixton Riots on 10-12 April 1981, when 280 police officers and 45 members of the public were injured, over a 100 vehicles were burnt out, more than 150 buildings were damaged and 82 arrests were made. An estimated 5,000 people were involved in the riots, and a total of 2,500 police officers were drafted in to quell the unrest.

In Salmon’s own words: ‘Black and white youths were fighting with the police and petrol bombs were being thrown everywhere. No one on Railton Road felt safe in their beds, and my place was evacuated that Friday night when the riots kicked off.’

Salmon’s extraordinary footage provides a unique insider account, rarely seen through the lens of a local resident. Acting as a citizen journalist, his films offer a counter-narrative uncontaminated by a media agenda.

These edited excerpts are shown as a work-in-progress to raise awareness of the urgency and importance of preserving Salmon’s archive: its moments of protest, activism and everyday life struggles, as well as the genuine sense of joy and community it portrays. The Bloodied Face of Brixton

Clovis Salmon's original footage of the aftermath of the Brixton Riots

Special thanks to Lucy Davies for her ongoing support and commitment. Thanks also to Mutiny Arts (AKA George Butler and Tom Keene) who were the co-producers of the original ‘Sam the Wheels’ project in 2008 and with support from the Heritage Lottery Fund initiated the digitisation of his work.