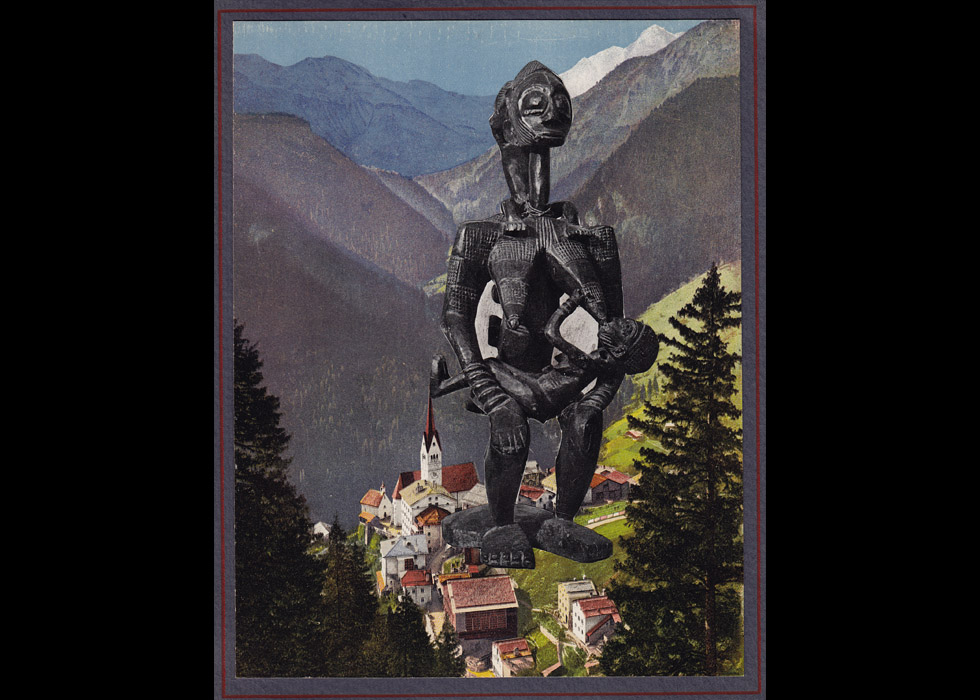 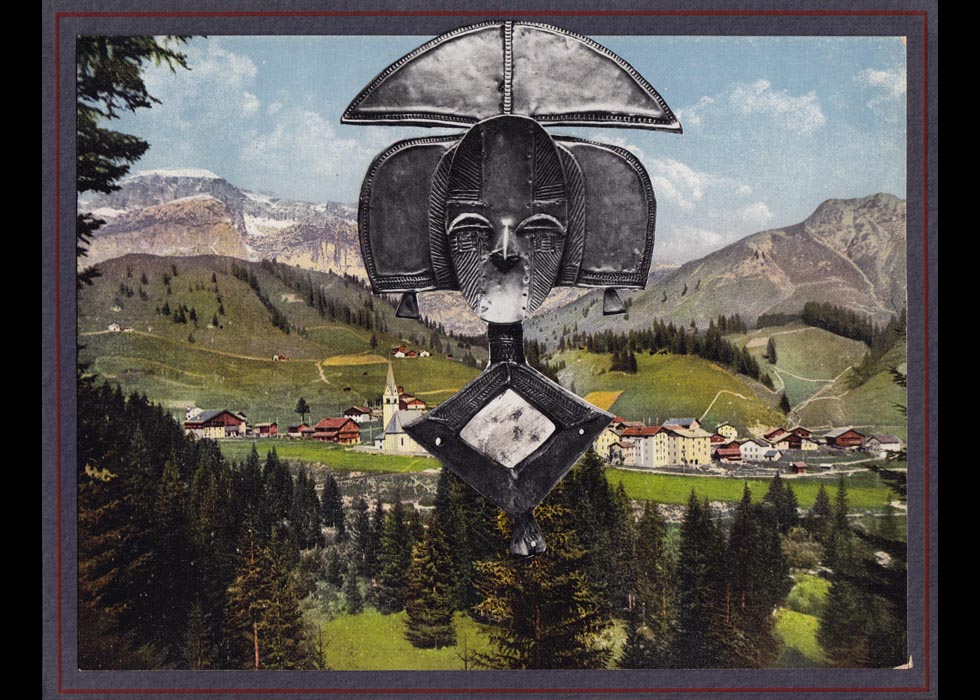 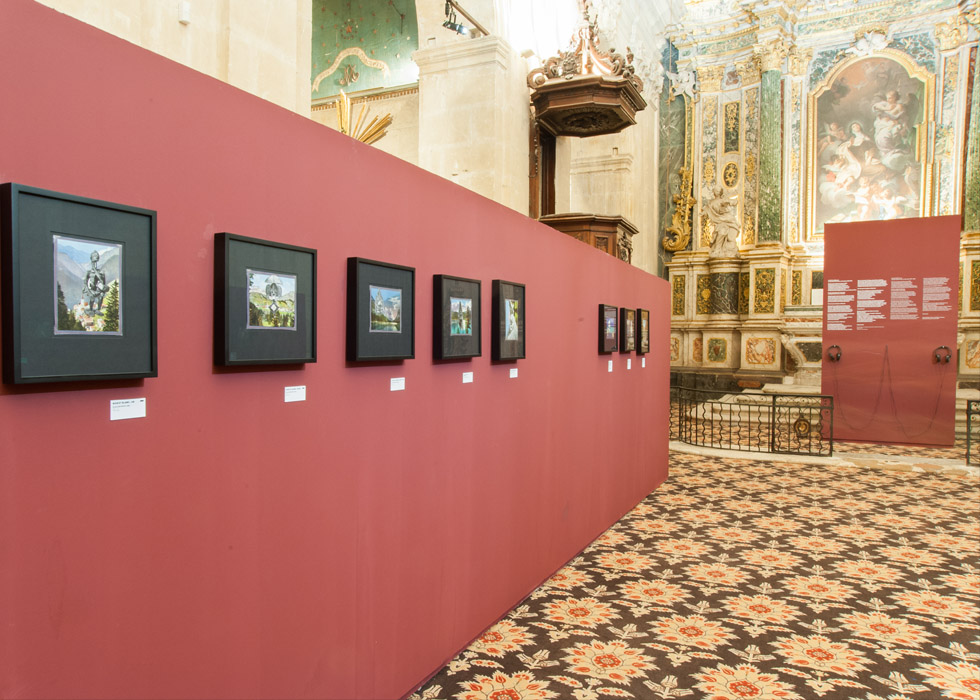 Throughout her career and across different media, Maud Sulter has questioned the lack of representation of black women in the histories of art and photography, and critically investigated the complex experiences of the African diaspora in European history and culture over the past six hundred years.

Syrcas aims to revive the forgotten history of the genocide of black Europeans during the Holocaust through the technique of photomontage. Sulter juxtaposes canonical imagery from classical European art history with African art objects, overlaid on vintage postcards of picturesque, unspecified Alpine landscapes.

As multi-layered collage works, the photomontages’ visual tropes are intimately tied up with Nazi ideology and questions of racial purity as well as African presences in Europe, while the raw montage of the various visual elements serves as reference to children’s scrapbooks.

Exhibition at Rencontres d’Arles. Over the course of more than sixty exhibitions at Arles exceptional heritage sites, the Rencontres d’Arles is a major influence in disseminating the best of world photography.

'I felt that the piece should resemble something more like a diary. I’d been to see Anne Frank’s house and liked the diary, but I wanted something more direct, more visual, and, ultimately, more personal. Then I remembered sticking pictures into a scrap-book as a child, and I saw that this was the perfect way of juxtaposing images to present the historical problems surrounding the presence of black people in Germany.' - Maud Sulter﻿

Maud Sulter (1960–2008) was an award-winning artist and writer, curator and gallerist of Ghanain and Scottish heritage who lived and worked in Britain. She exhibited widely and was selected by The British Council to represent Britain at Africus, the Johannesburg Biennale of 1995.

Her art has been acquired by numerous private and public collections, including the Scottish Parliament, the Arts Council Collection, the Victoria and Albert Museum, the British Council Collection, the National Galleries of Scotland, the National Portrait Gallery in London, and those collections who have loaned work for this show. She wrote several collections of poetry, and edited a pioneering collection of writings and images, Passion: Discourses on Blackwomen’s Creativity. This was published by the imprint she founded, Urban Fox Press, ‘a revolutionary new press for the more radical 90s’.

She was active in the Black feminist and lesbian movements, often inspired by African-American activists, artists and writers. She curated nearly 20 exhibitions, and set up a gallery, Rich Women of Zurich in London’s Clerkenwell.

This exhibition formed part of an ongoing series of engagements to preserve the late artist’s legacy. As an outcome of in-depth curatorial research led by Deborah Cherry, Professor of Art History at the University of the Arts London, and artist and curator Ajamu, this programme includes a strategic partnership between Autograph ABP and Street Level Photoworks partnership, in association with TrAIN - the University of the Arts London research centre for Transnational Art, Identity and Nation.

Syrcas is supported using public funding by Arts Council England, the support of The Maud Sulter Estate, and the loan of Duval et Dumas, 1993 from the private collection of Eileen Yeo. Special thanks to Ajamu, Deborah Cherry, Malcolm Dickson, Ingrid Pollard, and Eileen Yeo.