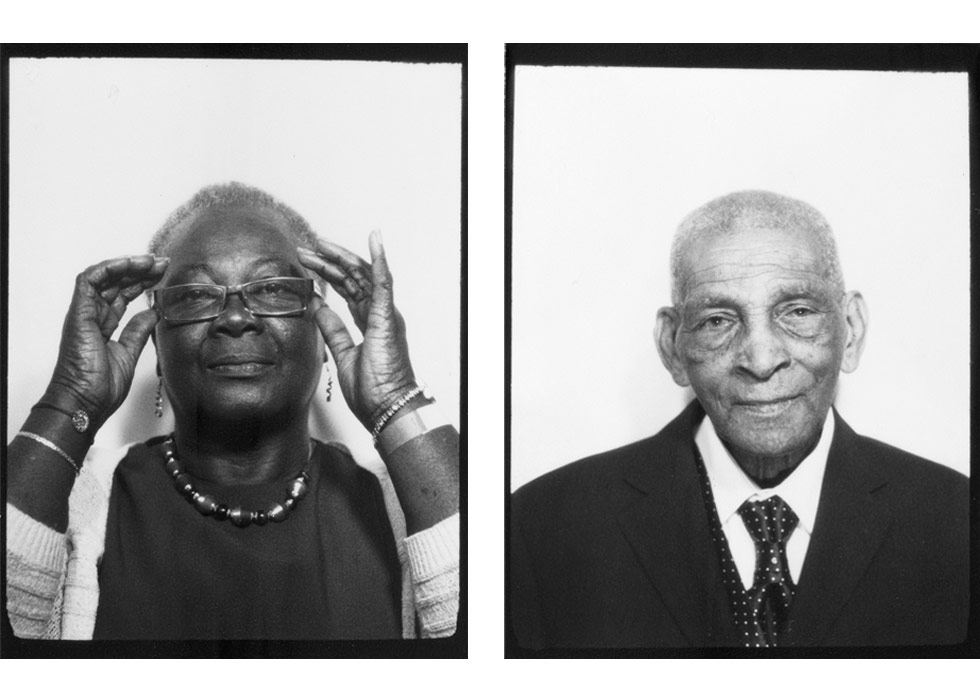 This display is now closed. To see our current exhibitions, click here

About the Display﻿ Images﻿ Discover More﻿

To commemorate National Windrush Day 2021, we shared ﻿ remarkable self-portraits and stories from Hackney’s Windrush generation in a new display on our building﻿. Using a 1970s analogue photobooth to capture these portraits, Autograph partnered with Hackney Council and The Real Selfie Project who, like us, are based in Hackney and feel passionately about contributing to the visual and archival story of our borough.

Following the Second World War, thousands of people from Commonwealth countries in the Caribbean were invited by the British government to relocate to the UK to address labour shortages. They, along with their descendants, are named the ‘Windrush generation’ after the ship HMT Empire Windrush on which the first group arrived in 1948. Windrush Day was established in 2018 in the wake of a national scandal which left hundreds of people – who had by now been living in the UK for decades – unable to prove their legal immigration status. As a result, many members of the Windrush generation were denied access to healthcare, social housing and employment, while others were forcibly detained or deported.

To celebrate the Windrush generation’s legacy these photographs are now part of Hackney Archives, where they will continue to contribute to future framings of the borough’s rich histories. ﻿ The display at Autograph Read our blog post to see more of the photographs taken and read four of the Windrush Elders' stories. These self-portraits were taken with The Real Selfie Project for Hackney borough’s Windrush Generations Festival on Windrush Day, 22 June 2019.