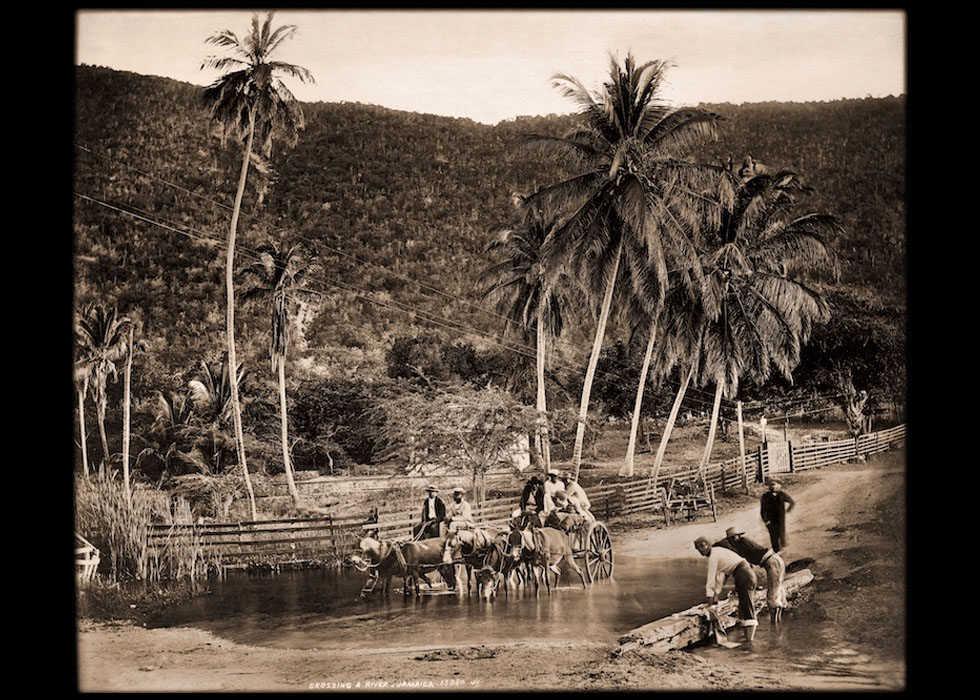 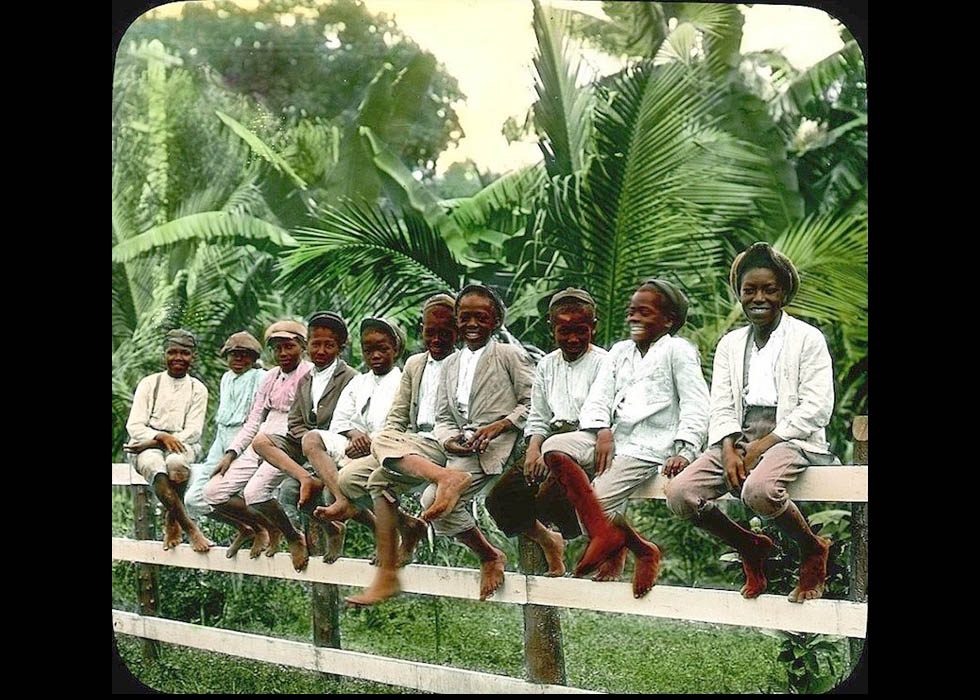 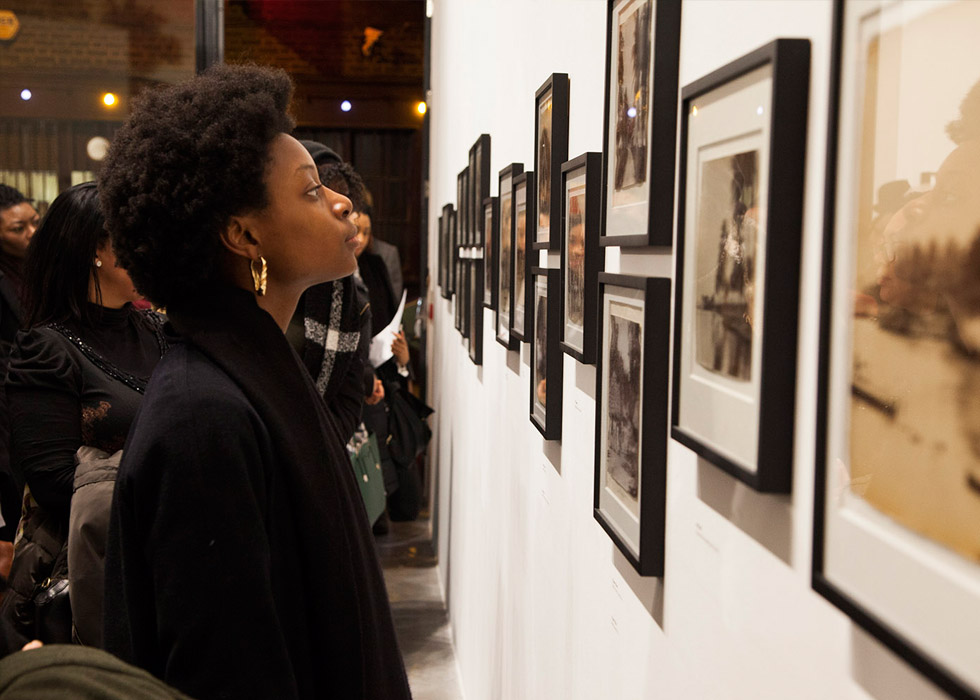 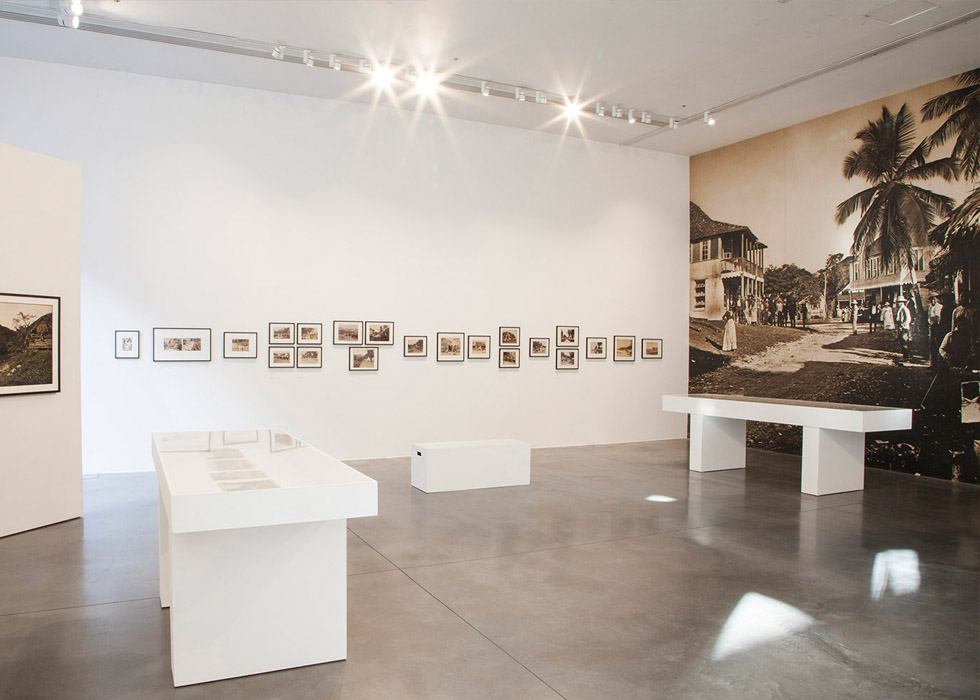 Making Jamaica
PHOTOGRAPHY FROM THE 1890s

Making Jamaica explores how a new image of Jamaica was created through photography in the late nineteenth century.

More than 70 historical photographs, lantern slides and stereocards reveal the carefully constructed representation of this transitional period in Jamaica’s history.

For first time, its people are depicted as an industrious nation post-emancipation, and their surroundings as a desirable tourist destination and tropical commodity.

These photographs present an intriguing vision of the ‘unspoiled beauty’ of one of the Caribbean’s major islands during a period of economic and social change, and illustrate the efforts of its local ruling white mercantile elite to bring the island’s valuable resources to the attention of the wider world.

These archival images are exhibited in London for the first time courtesy of the Caribbean Photo Archive, alongside a new commission by contemporary artist Ingrid Pollard.

In 1889, the Governor of Jamaica, Sir Henry Blake, brought together a group of local businessmen and wealthy landowners to form what would become known as the Awakening Jamaica committee, with a view to organising a large international exhibition to promote Jamaica as a modern British colony poised for foreign investment and international tourism. Emancipation in 1838 had thrown Jamaica’s previously lucrative, slave-based sugar industry into decline, and by the late 1800s Jamaica’s economy was suffering.

For the exhibition, the Awakening Jamaica committee hired the internationally recognised Scottish company, Valentine & Sons, to produce promotional photographs of Jamaica and its inhabitants, creating a romantic and seductive portrait of the island as a commercial and tourist paradise.

Since 1851, Valentine & Sons had been prominent makers of landscape and travel photographs. While in Jamaica, the company produced a large number of collodion plate negatives, which it eventually took back to Scotland. These photographs, copies of which were sold and distributed widely to its European and American clientele, presented varied scenic and architectural views of the island’s major cities, smaller villages and rural areas, as well as its harbours and beaches.

Others depicted busy street scenes and staged portraiture featuring local workers and families. Importantly, many of these images were also used by Jamaican colonial officials at the 1893 World’s Fair in Chicago, and published in a promotional book titledWorld’s Fair, Jamaica at Chicago: An Account Descriptive of the Colony of Jamaica.

Unfortunately the original negatives made by Valentine & Sons were destroyed in 1961. The archival photographs in Making Jamaica are exhibited courtesy of the Caribbean Photo Archive, a private collection based in New York and owned by Patrick Montgomery. More than 70 prints have been selected from Montgomery’s comprehensive collection, which he acquired over many years.

Other photographers active in Jamaica at the time included Dr James Johnston, J.W. Cleary and E. Bavastro. One of the most prominent photographers working in nineteenth century Jamaica was Adolphe Duperly (b. 1801, Paris), who established the first photographic studio in Kingston, Jamaica, in 1840. He is best known for the series Daguerreian Excursions to Jamaica, which was exhibited in Paris in 1844. Following his death in 1865, his son Henri Louis Duperly continued to develop the family tradition; his photographs are among the earliest works included in this exhibition. The archive images in Making Jamaica are exhibited courtesy of the Caribbean Photo Archive, a private collection based in New York and owned by Patrick Montgomery.