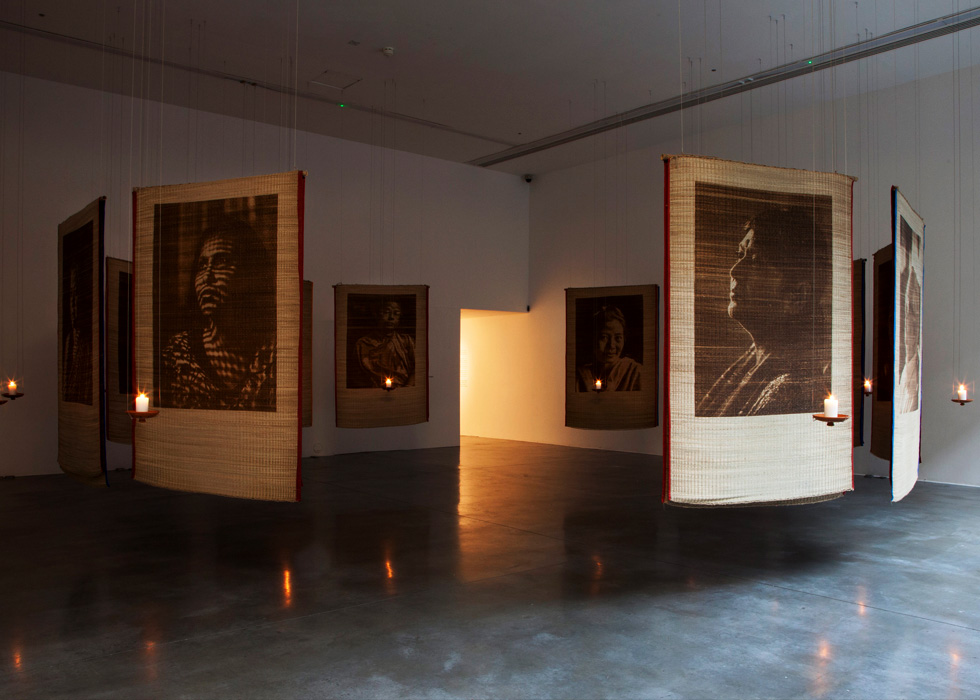 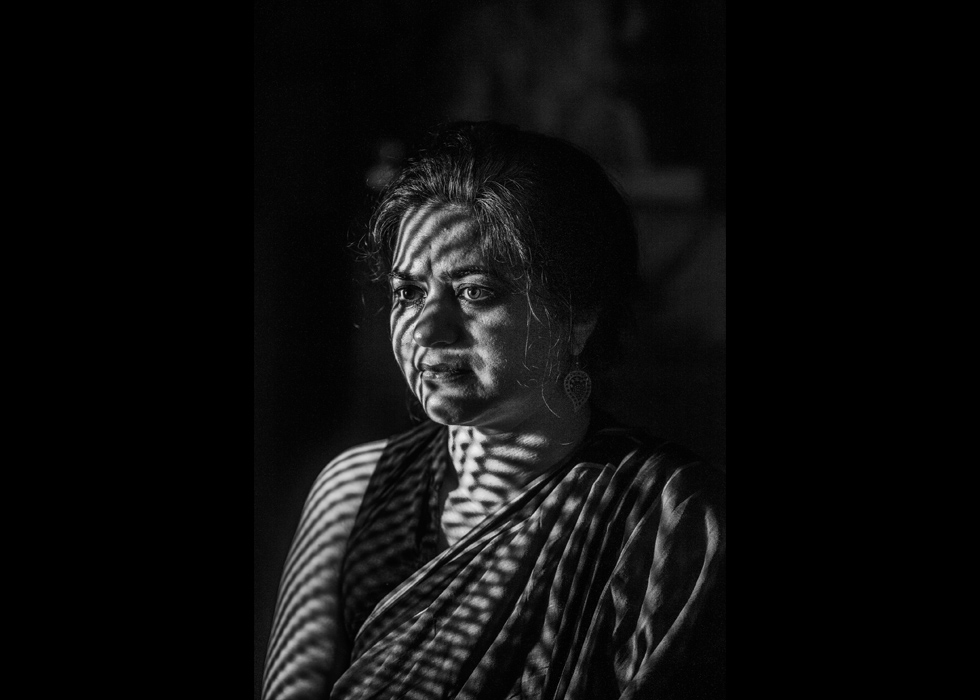 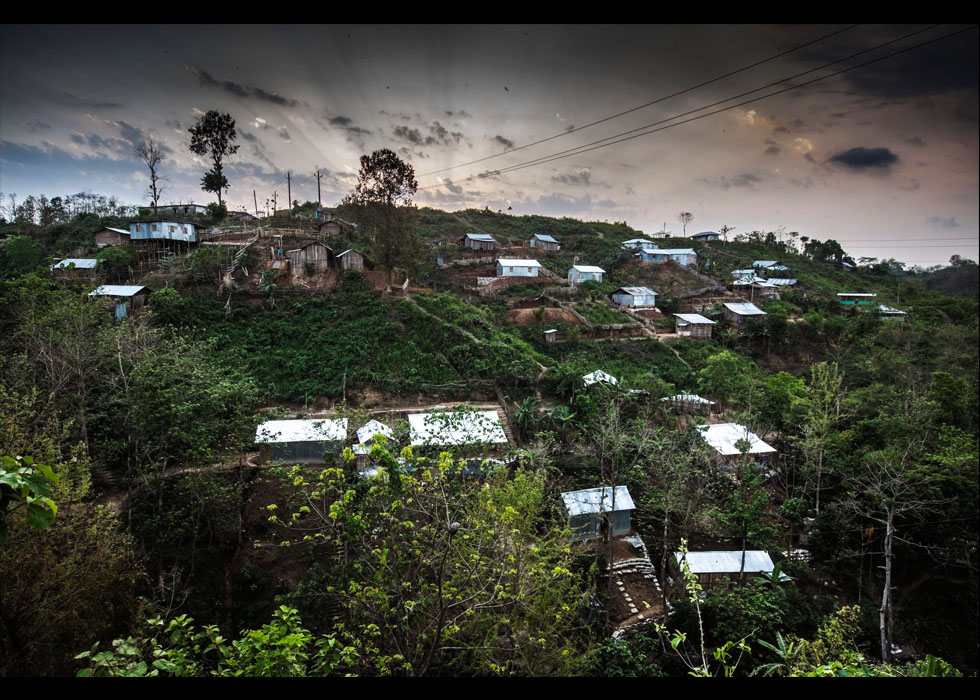 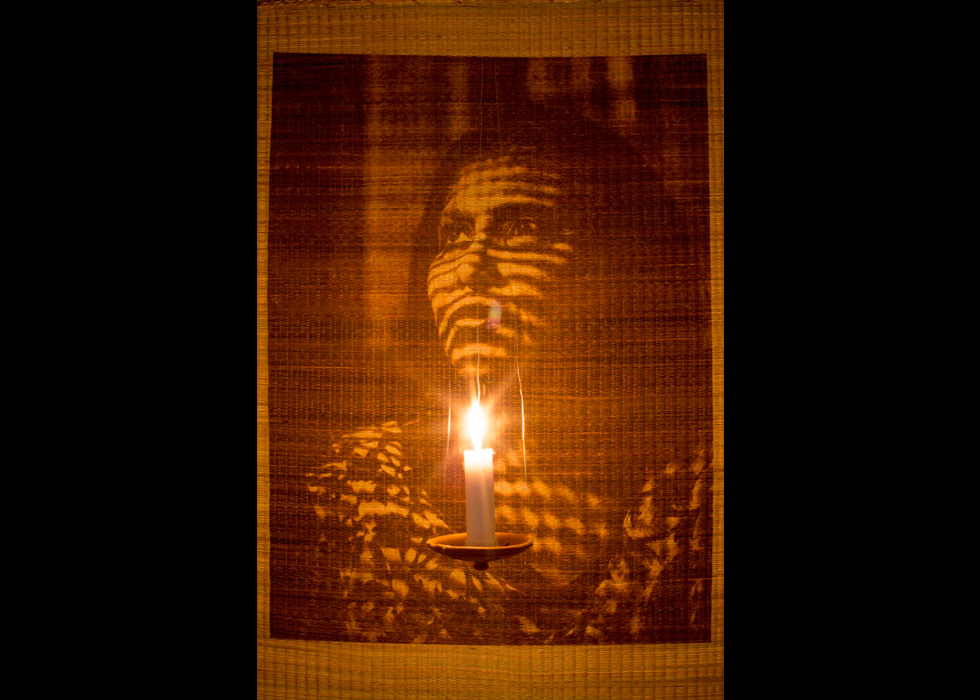 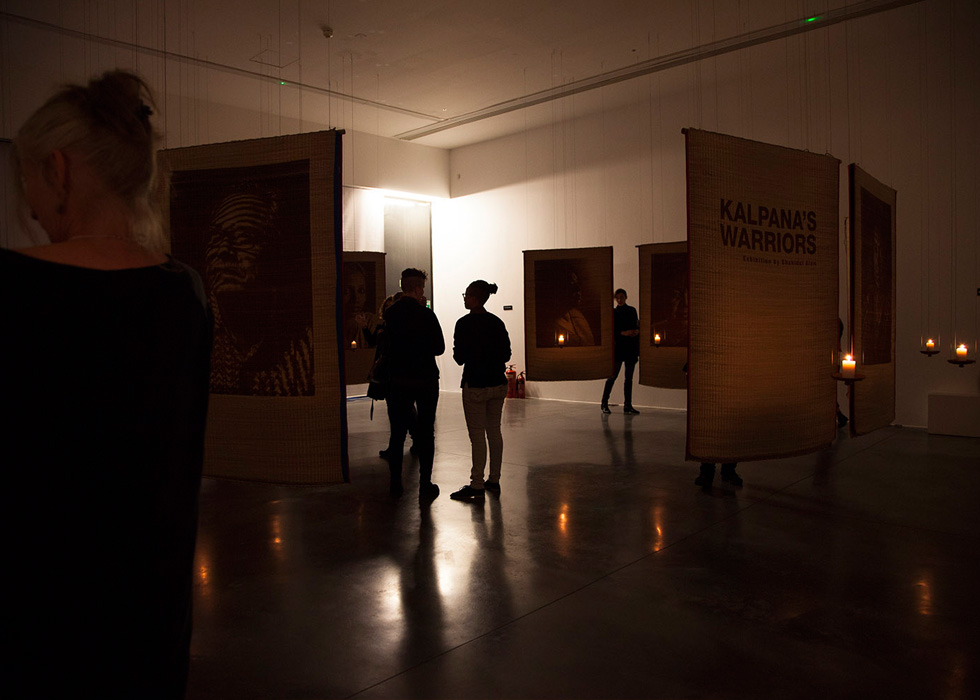 Kalpana Chakma was a vocal and charismatic leader who campaigned for the rights of indigenous people in the Chittagong Hill Tracts area of Bangladesh.

She was abducted from her home at gunpoint 20 years ago by a military officer and two members of the Village Defence Party and has never been seen again.

Through this powerful installation, using photographs printed on large straw mats each one illuminated by a candle, the acclaimed Bangladeshi photographer, artist and activist Shahidul Alam attempts to break the silence surrounding her disappearance.

Kalpana, who was only 23 when she was abducted, had made it her life’s mission to campaign for the rights of the indigenous people living in the Chittagong Hill Tracts (CHT). She belonged to the Chakma or Pahari community, and was a leader of the Hill Women’s Federation.

The ethnic conflict in the CHT, which began in 1977 soon after the Bangladesh state came into being, continues to this day in spite of a peace treaty negotiated in 1997 between the state and the Pehari people. Amnesty International reports that more than 100,000 Pahari have been displaced by the conflict. There have been multiple reports of human rights violations, massacres and the razing of entire villages by Bangladeshi forces.

The portraits of Kalpana’s warriors – those who have refused to let go of her memory and legacy – were created using laser etching on straw mats. This innovative technique, developed specifically for this exhibition, is rooted in the everyday realities of the people and the sparse conditions of Kalpana’s home where she slept on the floor on a straw mat.

Shahidul Alam said he wanted the portraits to be burned onto the straw mats by a laser beam to remind the viewer of the fires deliberately set by the authorities who had burnt the Pahari villages – something that Kalpana was protesting about in her last confrontation with the military.

The laser device used to create the portraits is more commonly found in Bangladesh’s garment factories, notorious for their poor working conditions after tragedies such as Rana Plaza, where more than 1,100 workers died in 2013 when a factory collapsed. “Because of the situation of the workers, a laser device which is used in the garment industry being appropriated for something like this was for me very apt, because I think as artists we need to appropriate the spaces, we need to turn things around. It’s guerrilla warfare and in guerrilla warfare you have to use the enemy’s strength against them, which is what we are trying to do”, Shahidul said. “I wanted the process itself to deal with the politics.”

Alongside the portraits, in Autograph’s upstairs gallery is a second part of the exhibition which sheds light on the internal displacement of the Paharis and the arrival of the government-backed Bangali settlers.

"In memory of Kalpana, and celebrating the work she so fearlessly carried out"

Shahidul Alam is an internationally recognised photographer, human rights activist and digital pioneer. After studying Chemistry in London, where he gained his PhD, he returned to Bangladesh where he founded the Drik (a Sanskrit word meaning ‘vision’) photo agency in 1989.

He is an Honorary Fellow of the Royal Photography Society and visiting professor at Sunderland University. Alam has chaired the World Press Photo jury and his book My Journey as a Witness has been described as “the most important book ever written by a photographer”.

Kalpana’s Warriors was first shown in Dhaka and New Delhi and is the result of research conducted by Shahidul Alam, Saydia Gulrukh, Rahnuma Ahmed, and Sadia Marium. The exhibition is supported using public funding by the Arts Council England, and made possible by working with Drik Agency and Art and Aesthetic in New Delhi.