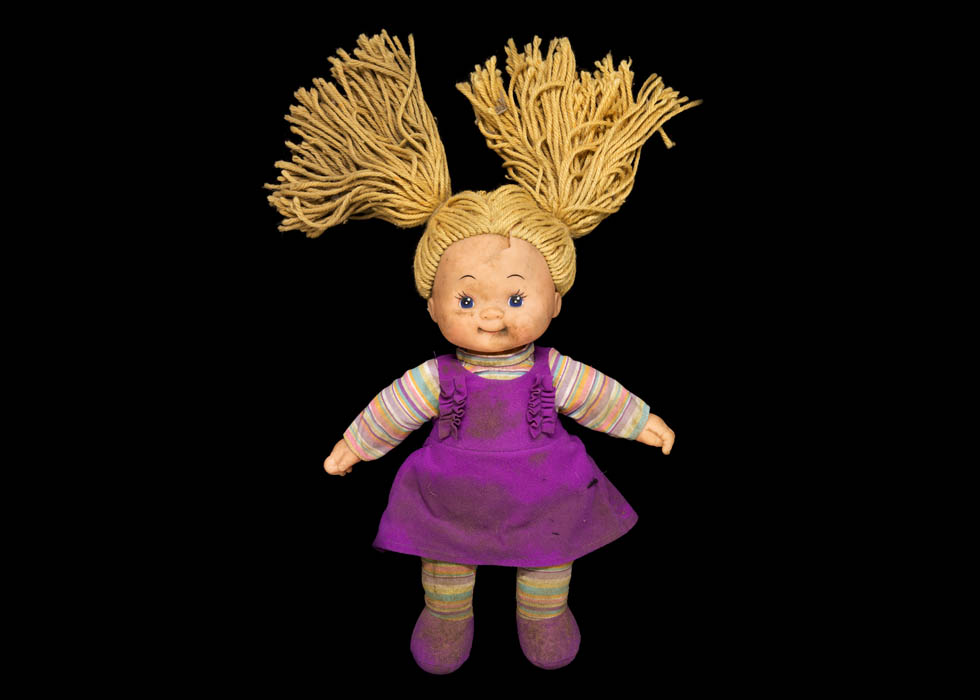 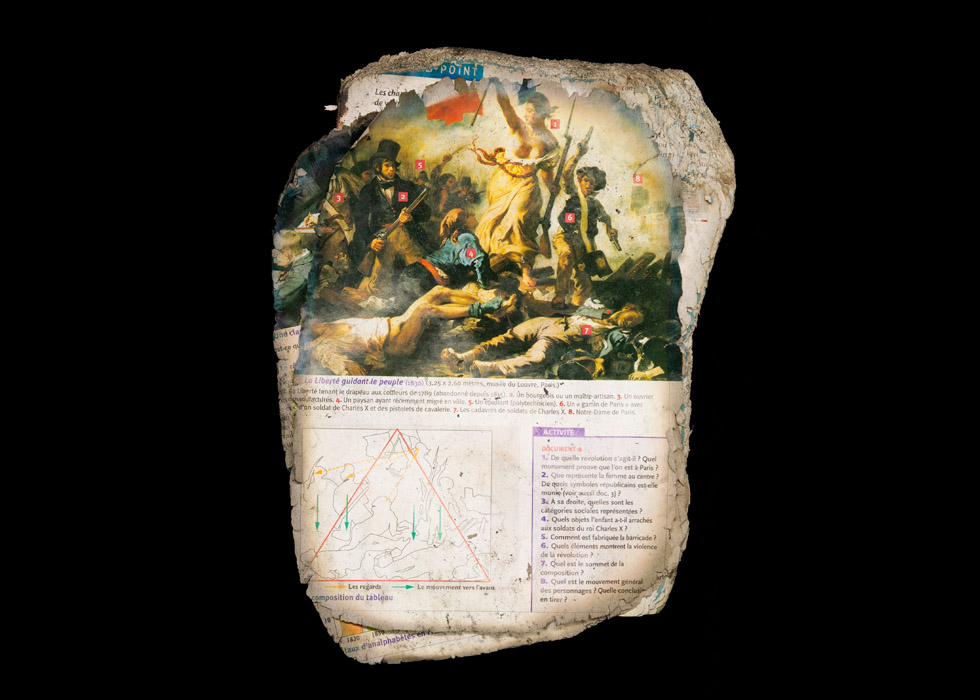 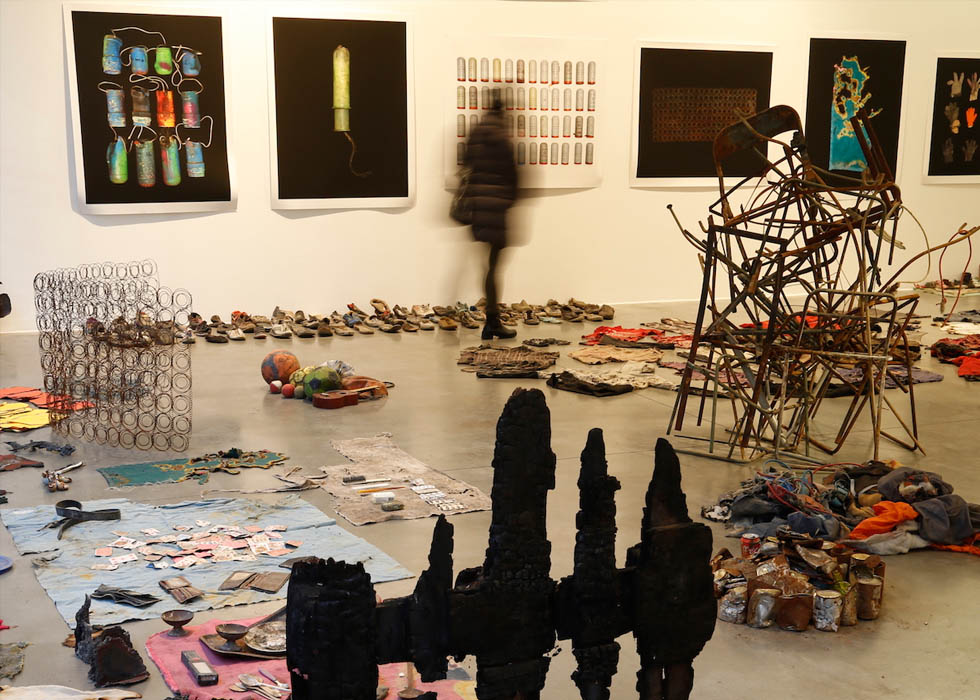 Photographer Gideon Mendel has created a powerful installation using objects he gathered during visits to the 'Jungle' refugee camp in Calais.

By focusing on items such as toothbrushes, playing cards, worn-out trainers, teargas canisters, and children’s dolls, Mendel conjures alternative portraits of the 'Jungle' residents that also stand in for the plight of displaced people everywhere.

The title of the project Dzhangal refers to a Pashto word meaning ‘This is the forest’, the origin of the contentious term 'Jungle'.

Mendel is noted for his long-term socially engaged projects. He initially went to Calais to teach photography to refugees part of a collaborative documentary project. He discovered that many refugees were hostile towards the camera and sceptical that it would ameliorate their situation. Many feared that being identified could undermine their asylum claims and lead to deportation.

Mendel’s response was to turn his attention to lost objects on the ground, collecting them and trying to understand the patterns that emerged. Through the display of discarded objects, Mendel highlights the residents’ humanity. Some objects evoke the daily violence many experienced, some reflect the banality and domesticity of lives there - including the plight of women and children - while artefacts from a deeper archaeological layer evidence the era before the camp existed.

This exhibition combines a series of large still life photographs of these objects with installations of found objects. Mendel regards his Dzhangal project as a way to create order from the disorder. It is an attempt to make sense of the complex relationships, politics, and situations found on the ground by restructuring the objects within the frameworks of art and photography. In these artefacts with all their ingrained grit and ashes, one senses the refugees’ struggle to live ordinary lives under extraordinary circumstances, while the stench of smoke evokes the fire that turned to ashes their hopes for better lives in England.

During ﻿the exhibition, Mendel’s book, DZHANGAL will be released. Published by Gost Books, it will include 80 pages of images, along with texts by refugees, writer and broadcaster Paul Mason, and art historian Dominique Malaquais.

On the Jungle
The Jungle was the final incarnation of temporary refugee camps that sprang up around the Port of Calais in the past eighteen years. Initially, residents in the camps numbered in the hundreds— with an estimated 800 refugees in 2009. Since then, this number rapidly increased because of turmoil in the Middle East and the Horn of Africa. In September 2014, there were approximately 1,300 refugees. By November 2015 numbers had risen to 6,000. There were up to 9,000 refugees residing in the Jungle in October 2016, when the camp was demolished.