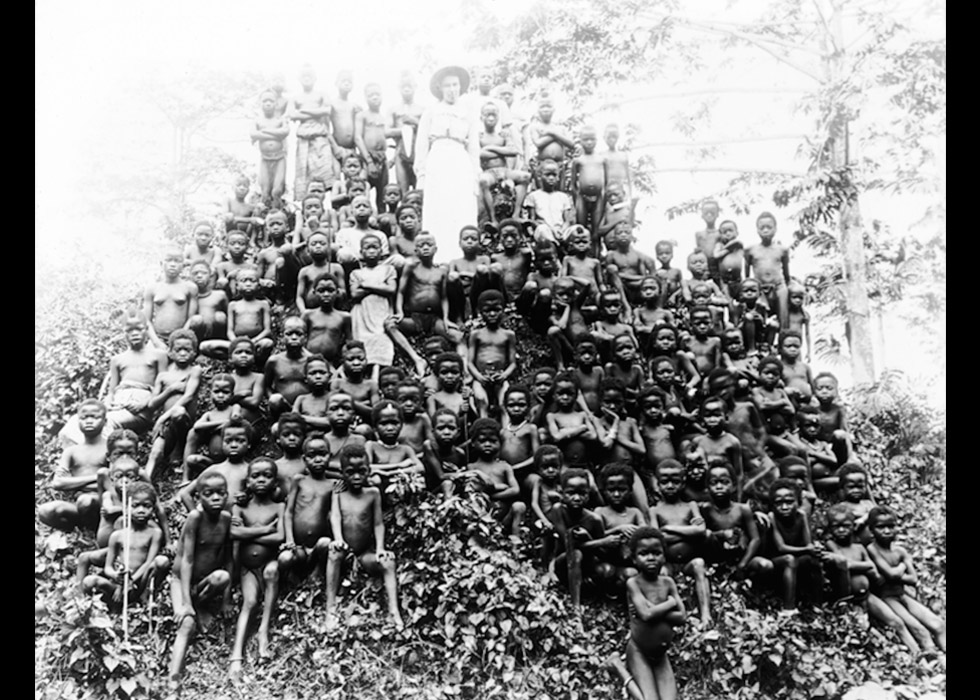 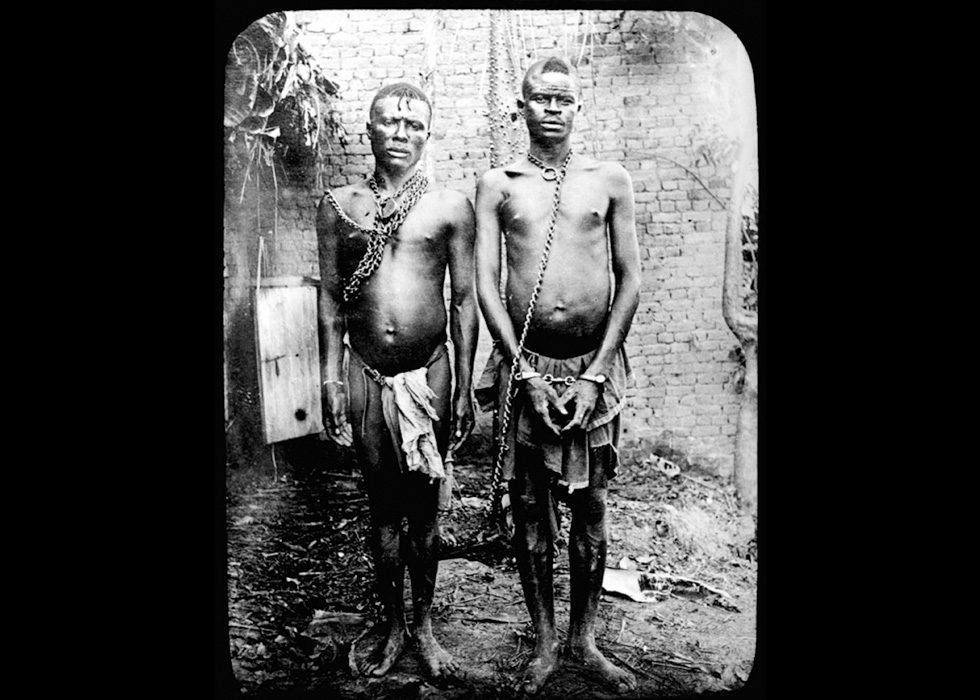 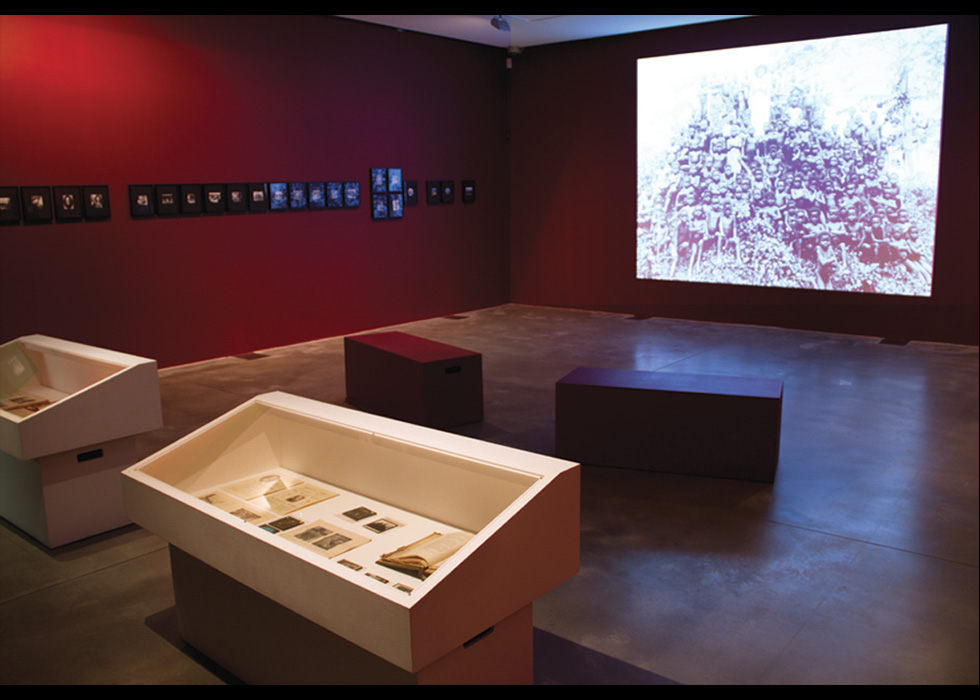 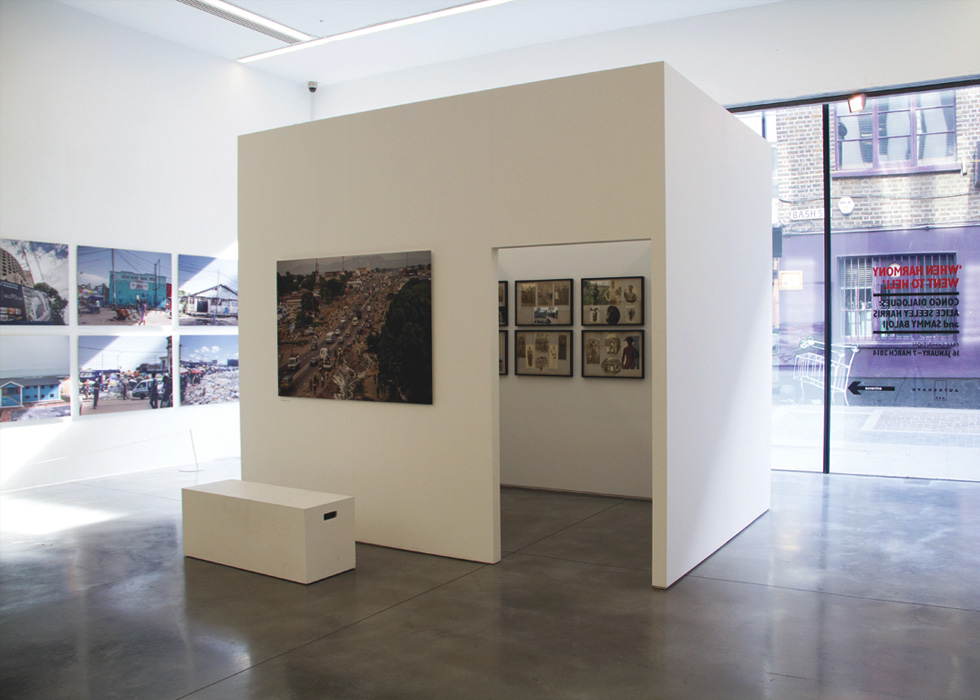 This exhibition was at autograph 9 SEPTEMBER - 8 DECEMBER 2017.

In the early 1900s, the missionary Alice Seeley Harris produced what was probably the first photographic campaign in support of human rights.

These pioneering photographs publicly exposed the violent consequences of human rights abuses in the Congo Free State﻿. They are exhibited alongside newly commissioned work from contemporary Congolese artist Sammy Baloji.

Seeley Harris exposed the atrocities that underpinned King Leopold II’s regime in the Congo Free State, bringing to public attention the plight of the Congolese people under a violent and oppressive regime.﻿

The photographs fundamentally shifted public awareness of the deep-rooted hypocrisy of Leopold’s promise of colonial benevolence, and caused an outcry at the time of their publication in Europe and America.

Over 100 years later, these issues remain of primary concern to Congolese citizen and artist Sammy Baloji. Like Harris, Baloji uses photography as a medium to interrogate current political concerns with reference to the past. In his new body of work commissioned by Autograph, photomontages juxtapose desolate post-industrial landscapes with ethnographic archival imagery, to explore the cultural and architectural traces of a country forever haunted by the spectres of its colonial past; in particular, the southeastern Katanga province and its capital, Lubumbashi.

Notions of African utopias, post-colonial disillusionment, and a quest for authenticity amidst the ruins of modernity define Baloji’s multi-layered practice: the impact of Western imperialism, Maoist communism, urban segregation and colonial sanitation politics as well as the unending mineral exploitation of the Congo’s natural resources, and with it the tragedies and traumas of state-controlled violence and ongoing human rights abuses.

Congo Dialogues marks the 175th anniversary of Anti-Slavery International and the invention of photography. The first major solo showcase of Sammy Baloji’s work in the UK, this exhibition presents a unique opportunity to see both historical and contemporary works interrogating the Congo and its colonial legacies. The Alice Seeley Harris archive was last shown to the public 110 years ago.

Alice Seeley Harris ﻿ was born in 1870 in Malmesbury, UK. With the aid of her husband Reverend John Harris, she photographed the atrocities committed in the Congo Free State by King Leopold II’s regime and agents. Harris’ photographs circulated widely in the press and reproduced as lantern slides illustrating lectures by the Congo Reform Association. This exposure resulted in international political pressure on King Leopold II, eventually forcing him to relinquish absolute rule over the Congo Free State in 1908. Harris was an active member of Anti-Slavery International. She died in 1970, aged 100.

Sammy Baloji Baloji was born in 1978 in Lubumbashi, DRC. He uses photography, film, montage, and archives to explore his native country’s colonial past and political present. Baloji’s groundbreaking work has been exhibited internationally, including at the Musée du quai Branly, Paris; the Royal Museum for Central Africa, Tervuren, Belgium; and the Tate Modern, London. In 2007, he was twice awarded at the Bamako Biennale; and in 2009, he received the prestigious Prince Claus Foundation award. In 2010, Baloji co-founded the non-profit collective Picha and the biennial Rencontres Picha to support the development of local artistic practices. He currently lives and works between Lubumbashi and Brussels.﻿

Read our newspaper Republic of the Congo

Available in the Autograph Shop﻿ Musical and sung response to the exhibition, commissioned by Autograph