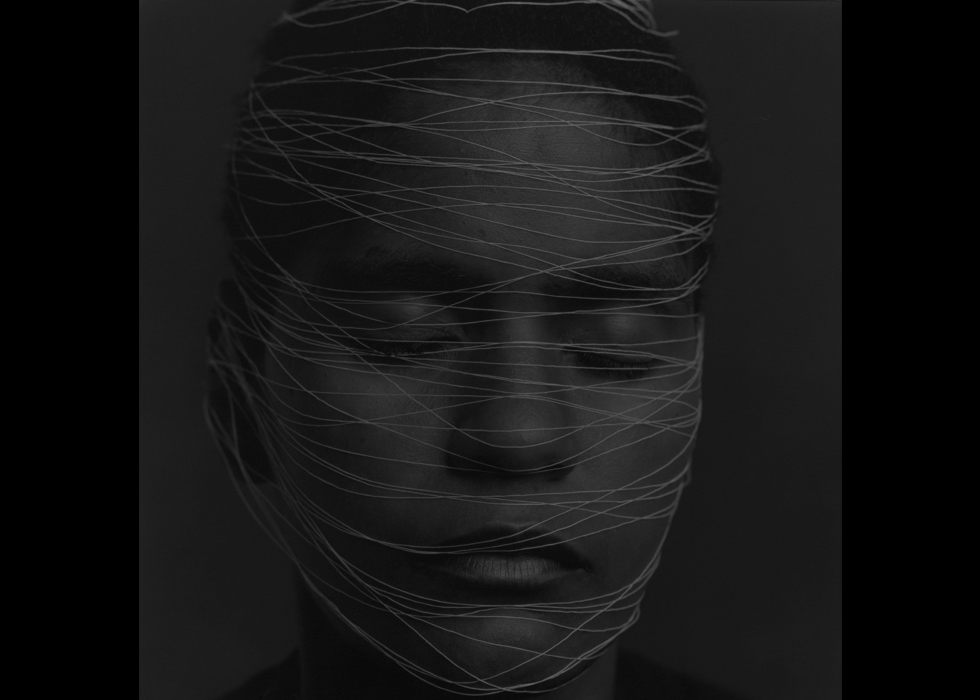 The first solo exhibition in the UK by the late Mario Cravo Neto. One of the most important and influential contemporary Brazilian photographers, Cravo Neto originally trained as a sculptor and only took up photography seriously after a car accident in 1975 left him bedridden for a year.

Throughout his photographic career, Cravo Neto was fascinated by the complex cultural heritage of Bahia in the northeast of Brazil, the point of entry for millions of African slaves between the 16th and 19th century. His imagery is deeply steeped in the religion of Candomblé - an Afro-Brazilian form of worship practiced by Cravo Neto – which finds its origins in traditional West African Yoruba culture.

'My idea from now on is to develop that transition between the inert object and the sacred object. It is simply a religious position in photography that I wish to adopt.' - Mario Cravo Neto

The exhibition comprises two series of photographs: 20 black and white studio portraits from The Eternal Now series produced during the 1980s and 1990s, and 20 colour prints from the Laróyè series produced in the 2000s, during the latter part of his career before his untimely death in 2009.

The large-scale black and white photographs are characterised by the use of inanimate objects and animals in conjunction with human bodies, giving the images a sculptural and tactile quality reminiscent of European still life paintings from the 17th and 18th century, with symbolic meanings derived from Candomblé.

In contrast, Cravo Neto’s later colour works depict urban life in Salvador. Rather than provide a documentary account of the city and its people, Cravo Neto pays homage to Èsù, a trickster divinity and overseer of the cross roads between the material and spiritual world.

This exhibition is the outcome of a dialogue between the artist and Mark Sealy MBE, Director of Autograph ABP, which began in 1992 at Houston FotoFest, Texas.

Mario Cravo Neto was introduced to sculpture and photography by his father, the sculptor Mario Cravo Jùnior. In 1968 he enrolled at the Art Student League in New York, where he studied for two years. In 1970 he returned to Bahia, where he lived and worked until his untimely death in 2009.

Cravo Neto’s work has been exhibited internationally, including five times during the São Paulo Biennial (1971, 1973, 1975, 1977 and 1983), the Museo de Arte de São Paulo (1979 and 1983), Houston FotoFest (1992), the Museum of Photographic Art in San Diego (1994), Museum fur Photographie Braunschweig (1996), the Fotomuseo in Bogotá (2005) and Rencontres d’Arles, France (2005). His work is represented in numerous collections, including the Museum of Modern Art in New York, The Museum of Fine Arts in Houston. ﻿ Cravo Neto has several publications to his name, including The Eternal Now﻿ and LARÓYÈ﻿.

This exhibition is made possible by the loan from Daros Latinamerica Collection, Zürich, and through working closely with the Instituto Mario Cravo Neto / Instituto Moreira Salles, Brazil