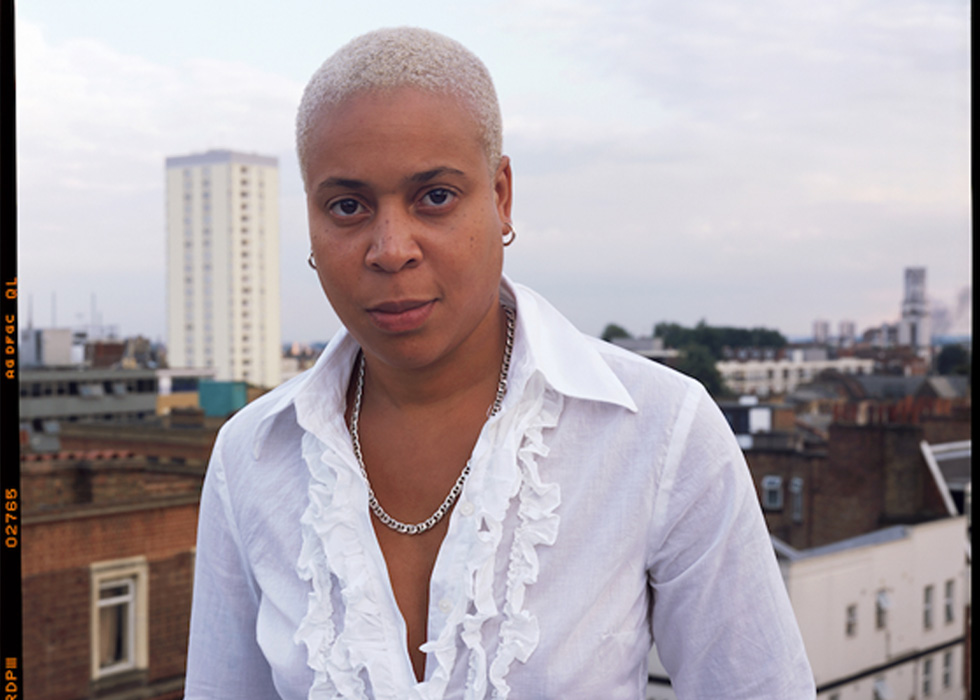 Part of the exhibition Chloe AyoDeji Filani, Artist of Poetry, Performance, Black Feminism, Public Speaker and workshop facilitator. Her artistic practise/poetry works with her lived experience of being a black trans woman and the broader themes of identity and power structures.

Held workshop at Tate Britain on Critical Practice as play. Then as done a creative poetry writing workshop for Blackgirl fest. Chloe was part of an art, poetry and performance collective with other black people, that have shown a piece called Rush at Auto Italia, made a recording called Breathless and had an installation at 198 gallery.

She performed in collaboration pieces with Rhoda Boateng, ‘slow processing’ at Somerset House. Worked with artist Barby Anste and others in a piece ‘Delectation of independence’. In a piece called ‘sounds of survival’ with Phoebe Collings James and Jamila Johnson Smalls with other black women.

Kai-Isaiah Jamal is a poet, writer, model and trans visibility activist. He works within and outside of institutional spaces to give a voice and representation to queer trans working class black folk, with focus on masc folk and reimagining the futures of queer black men.

His work explores the intersections he sits within and uses narration from life experience to remind you that boys like him have and will continue to exist. Rene Matić (b. 1997, Peterborough) is an artist currently studying and working in London. Her work explores the immeasurable dimensions of Blackness through the lens of her own personal experiences as a queer, Black womxn living in the diaspora. In doing so, Matić aims to expose, combat and question the power relations that pervade the art world and society more widely.

Working across painting, sculpture, film, photography and textile, Matić’s work attempts to bring to light (or dark) the fated conflicts and contradictions that one encounters while navigating the world in a body like her own.

Tanaka also known as T.Ffuego is a slam winning, multi published, international spoken word performer. He is a black, queer artist whose poems cross leaps and bounds throughout his intersectionality.

From speaking on his conflict and resolution with masculinity, his experiences having lived both in America and in the UK, to how being queer and African tends to make you a walking coffin to your culture Everyone is welcome at Autograph. Our building Rivington Place is an accessible space with a step-free entrance at street level, and a lift to all floors. Unisex, accessible toilets are located on all floors.

This event will take place in our ground floor gallery, and seating is not reserved in advance. If you would like to reserve seating to assist with hearing, visual or any other access needs, please contact us before your visit.

Carers receive a free ticket when they accompany the person they care for. Please contact us to book.

Autograph's events are popular, and often sell out. We cannot guarantee that tickets will be available on the door, and recommend booking a ticket in advance. If you need to cancel your ticket for any reason, you can receive a refund up to 24 hours before the start of the event. Concessions tickets are available for students, those on low income, and 65+. Seating is not reserved in advance, and is on a first-come first-seated basis. You do not need to bring your paper ticket to the event.

HOW TO BOOK A TICKET

Tickets to this event can be booked on this webpage, on Eventbrite, via the Facebook event, by phoning Autograph at 020 7729 9200, or by emailing info@autograph-abp.co.uk. Tickets to Autograph's events are only available through Eventbrite, Autograph, and Autograph's Facebook page. Tickets obtained unofficially or resold via social media or other platforms may not be genuine.

PHOTOGRAPHY / FILMING AT THIS EVENT

Please note that photography and/or filming will take place at this event. Images from this event may be used by Autograph and external press for marketing and promotional use, including: printed and online publicity, social media, press releases, or other use.