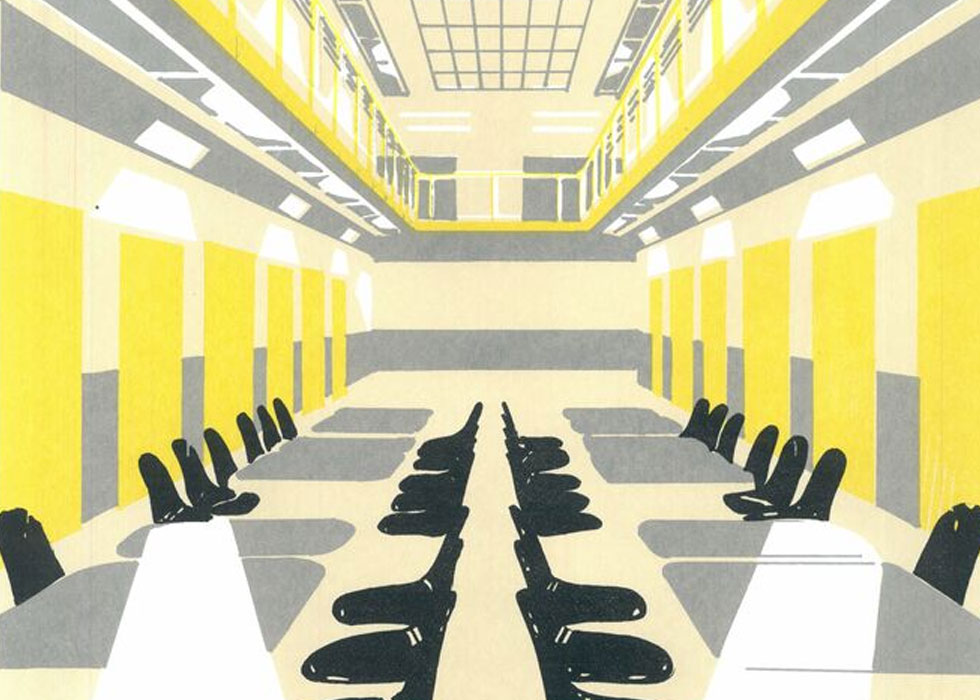 Autograph’s Rights in Focus Network meets quarterly to discuss the structural powers shaping the context in which arts engagement work is taking place. We explore how approaches based on the legal, civic, and human rights of participants can inform more ethically aware forms of participatory projects - and help initiate systemic change. Join us for an afternoon of online talks, discussion, practice sharing and networking.

For this event, we will reflect on ideas of collaboration and freedom. Our guest speaker is Nicole R. Fleetwood, who will focus on the purpose and ethics of prison art programmes. Nicole is a writer, curator, and professor of American Studies and Art History at Rutgers University, New Brunswick. She is the author of Marking Time: Art in the Age of Mass Incarceration (Harvard University Press, 2020). We’ll also hear from network members Elizabeth Kwant and Tina Rowe.
Read More

This event is aimed at arts professionals, socially engaged artists, curators, arts commissioners, facilitators creating workshops in arts and community spaces, artist educators, and those working in community settings - regardless of what stage in your career or practice you are at.

You’ll be encouraged to share thoughts, learning and resources from your own practice. We welcome newcomers to the Network.


Why do we work with those most marginalised, excluded or discriminated against?

What ethical dilemmas and power dynamics of arts engagement emerge in these relationships?

Can this work advocate for systemic change at personal, community, organisational and societal levels?

How can the rights of participants be central to the design and delivery of arts engagement?

HOW TO JOIN THIS EVENT


The ticket price for this event is £5. No one will be turned away for lack of funds. If this ticket price is unaffordable for you please get in touch with Livvy at livvy@autgraph-abp.co.uk about free ticketing options.

This event will take place online only. Here's how to join us:

1) Book a ticket on this webpage, on Eventbrite, or the Facebook event. Autograph is a registered charity, if you would like to make an additional donation to support our arts and learning programmes, you can do this when you purchase your ticket. If you have any accessibility needs you would like us to be aware of, you can tell us on the booking form.

2) We will send you an email confirmation of your booking.

3) This online event will use Zoom. For the best experience, we recommend using the Zoom app on your computer or mobile device. You can download the free software here. Or, you can access the event through your web browser without a download.

4) On the day of the event we'll send you an email confirmation with a link to a Zoom video meeting which you will be able to join from 2.20pm (BST).

If you have any questions, we’re here to help! Please get in touch. Nicole R. Fleetwood is a writer, curator, and professor of American Studies and Art History at Rutgers University, New Brunswick. Her books are Marking Time: Art in the Age of Mass Incarceration (2020), On Racial Icons: Blackness and the Public Imagination (2015), and Troubling Vision: Performance, Visuality, and Blackness (2011). She is co-editor of Aperture magazine’s “Prison Nation,” a special issue focusing on photography’s role in documenting mass incarceration, and co-curator of Aperture’s touring exhibition of the same title.

Elizabeth Kwant is a Manchester based artist who works across film, performance, installation and printmaking. Her work displays an on-going concern with contemporary geo-political and social issues; migration, immigration detention, legacies of colonialism and modern day slavery. In partnership with local charities she has directed and produced a number of contemporary art works, often working collaboratively with participants.

Her latest film Am I not a woman and a sister (2019) was produced in collaboration with female survivors of modern day slavery in partnership with national charity City Hearts and The International Slavery Museum Liverpool, supported by Arts Council England. Tina Rowe is interested in mark making, the deliberate placing of form on a plane through gesture, through printing, moving something from one space to another. She uses the tools of analogue photography to make marks, literally and figuratively. She do not see this as in any way different to someone with a drawing practice who chooses to use something more (for want of a better word) traditional, such as graphite or charcoal, ink or paint. When you deliberately make a mark, it’s still a mark. The reasons for making the marks are what matter.

Autograph's events are popular, and often sell out. If you need to cancel your ticket for any reason, you can receive a refund up to 24 hours before the start of the event. If this ticket price is unaffordable for you please get in touch with Livvy at livvy@autgraph-abp.co.uk about free ticketing options.