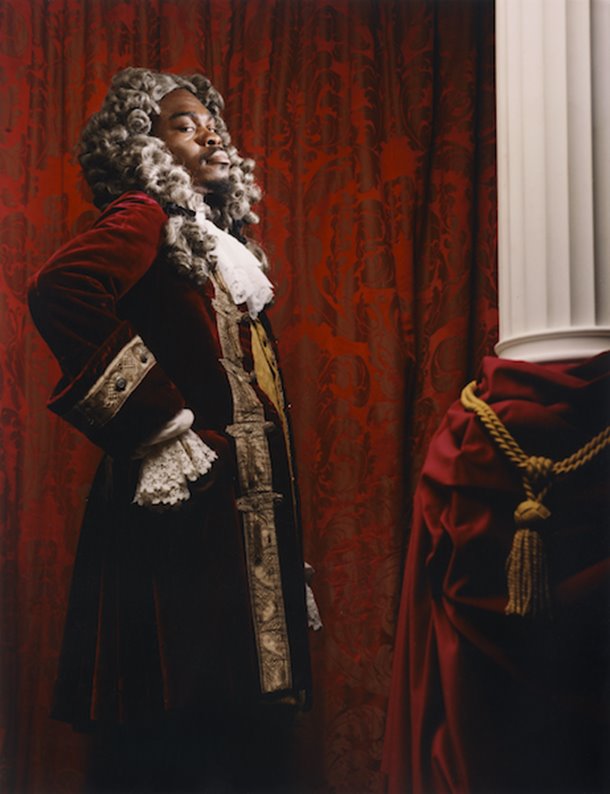 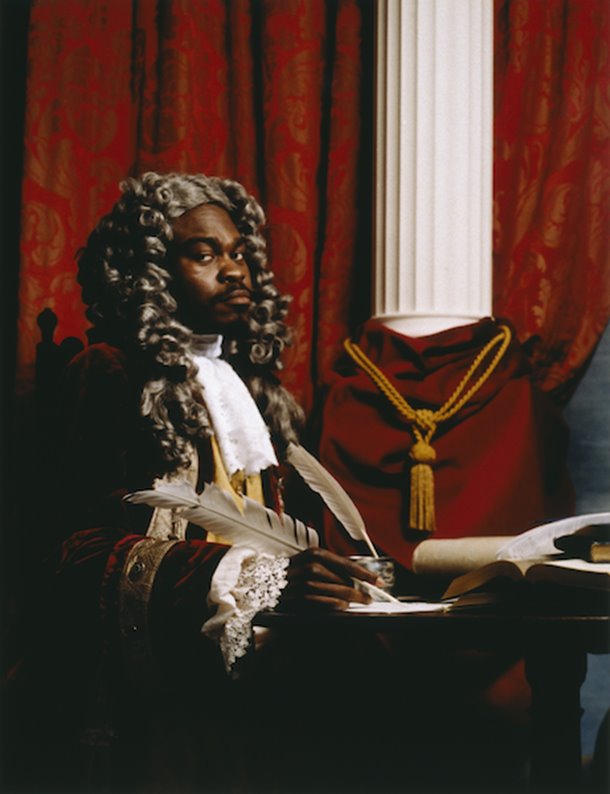 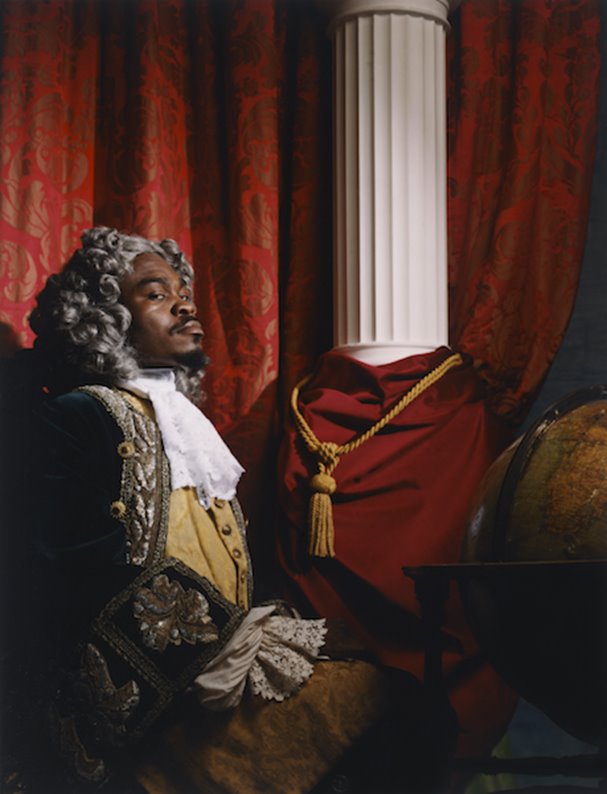 Yinka Shonibare MBE was born in 1962 in London and moved to Lagos, Nigeria at the age of three. He returned to London to study Fine Art, first at Byam School of Art (now Central Saint Martins College) and then at Goldsmiths College.

Shonibare’s work explores issues of race and class through the media of painting, sculpture, photography and film. He was a Turner prize nominee in 2004, and was also awarded the decoration of Member of the ‘Most Excellent Order of the British Empire’ or MBE, a title he has added to his professional name.

He has exhibited at the Venice Biennale and internationally at leading museums.

Shonibare’s work, ‘Nelson’s Ship in a Bottle’  was the 2010 Fourth Plinth Commission, and was displayed in Trafalgar Square, London, until January 2012.

It was the first commission by a black British artist and was part of a national fundraising campaign organized by the Art Fund and the National Maritime Museum, who have now successfully acquired the sculpture for permanent display outside the museum's new entrance in Greenwich Park, London.

His works are included in many collections internationally, including the Tate Collection, London; Victoria and Albert Museum, London; and National Museum of African Art, Smithsonian Institute, Washington, D.C.